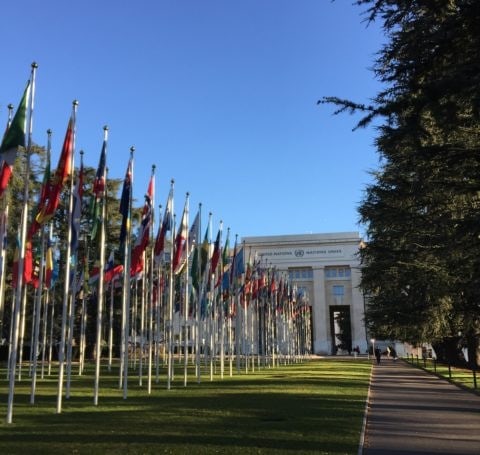 ARTICLE 19’s full statement during general debate on the oral update of the High Commissioner at the 46th Session of the Human Rights Council.

ARTICLE 19 welcomes your oral update. We commend your efforts to counter attacks against journalists, activists, and other civil society actors worldwide. We regret that, in too many countries, there has been a rapid deterioration for the right to freedom of expression in recent months. The systematic repression of civil society forces them to abandon their vital work for fear of reprisals against themselves and their families, to change their residence, or even to leave their countries. Ultimately, this deprives entire societies of their right to know.

In Cuba, there are ongoing, systematic violations of freedom of expression. In 2020, ARTICLE 19 recorded 539 incidents of aggression against 41 journalists and 28 activists. The State has invested enormous resources to carry out extensive smear campaigns against journalists, artists and activists to strengthen the idea that they are a risk to the stability of the country. On 6 February 2021, the Cuban authorities released a list of prohibited economic activities, including journalism, which has a serious impact on independent journalism and the defence of human rights.

In Turkey, we share your concerns over the government’s continued politically motivated assault on civil society. In December 2020, a new set of legal amendments were passed to crackdown on the legitimate activities of civil society under the guise of preventing the financing of weapons of mass destruction, including by introducing powers to fully suspend organisations or remove individuals prosecuted for terrorism crimes from organisations. This law comes in the context of widespread abuse of the justice system and overbroad counter-terrorism legislation to harass civil society. After years of detention, Ahmet Altan, Osman Kavala, and Selahattin Demirtaş remain in prison on baseless charges.

We are deeply concerned with the deterioration for freedom of expression in certain countries across East Africa. In Uganda, for example, we have witnessed continued excessive use of force against journalists over recent months. On 17 February, the military police beat at least ten journalists reporting on Uganda’s opposition leader Bobi Wine delivering a petition to the OHCHR in Kampala. This case is not unique – it is emblematic of systematic violence against journalists during the recent election campaign which saw security forces arbitrarily arrest, beat and even shoot at journalists who were covering opposition rallies. This has coincided with internet shutdowns, aimed at concealing and facilitating such human rights violations.

We encourage you, High Commissioner, to exercise your mandate to independently monitor these rapidly deteriorating situations and report your findings to the Council. We also urge all States committed to free expression to condemn such attacks.