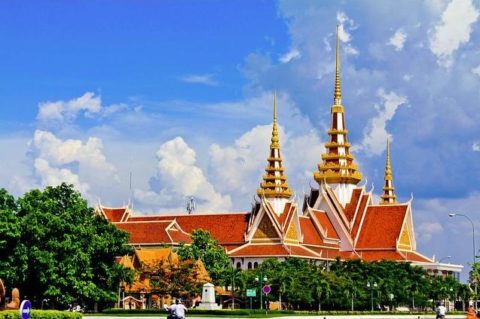 ARTICLE 19 and the Cambodian Center for Human Rights’ full statement during the interactive dialogue on Cambodia at the 45th Session of the Human Rights Council.

The situation for fundamental freedoms in Cambodia continues to sharply deteriorate. In the past two months alone, at least 28 people have been arrested for exercising their rights to freedom of expression, association, or peaceful assembly, the majority have been charged with the vague and problematic criminal offense of ‘incitement’.

The COVID-19 pandemic has seen an escalation of human rights violations including the promulgation of the new Law on the Management of the Nation in State of Emergency which was hastily drafted in response to the pandemic. The law grants broad powers to restrict fundamental rights and creates ambiguous criminal offences with disproportionate penalties.

The government has become increasingly aggressive towards independent media during the pandemic, revoking the licenses of legitimate news outlets and pursuing legal action against journalists engaged in much-needed public scrutiny of the government’s COVID-19 response. Media outlets and journalists have also been targeted for speaking out on sensitive topics, including land rights issues. We deplore the arrest and detention of journalists Sovann Rithy, Sok Oudom, Ros Sokhet and Keo Hour on charges of ‘incitement’, and call for their immediate release. This latest surge in silencing adds to the already severely curtailed situation of media freedom in Cambodia. We further call for charges to be dropped against Yeang Sothearin and Uon Chhin, former Radio Free Asia journalists who have received no resolution to their case almost three years since their initial arrest.

Worryingly, the government has used this period to push for more repressive legislation. A draft Law on Public Order would subject assemblies to prior authorization and criminalize an extensive array of legitimate expression. Further, the draft Sub-Decree on the Establishment of a National Internet Gateway threatens to facilitate state surveillance and censorship by directing all Internet traffic to a gateway controlled by the government. We call on the government to immediately abandon these laws and to ensure any future legislation is drafted in line with Cambodia’s human rights obligations and through a transparent and consultative process.