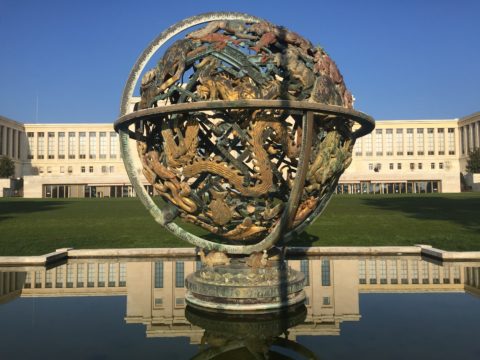 ARTICLE 19 urged all States at the Human Rights Council to demand an end to measures which violate the ability to speak and protest.

Madame High Commissioner, ARTICLE 19 thanks you for your annual report and oral update. We concur that the ability to speak and protest is a vital enabling factor for all other human rights. Your message that “shutting down people’s voices leaves injustices festering and generates rising social tension” is particularly pertinent.

In the United States, we deplore that authorities have responded to recent protests against racial inequality with the excessive use of force and arbitrary detention against protestors and journalists. We call on this Council to deploy its full scrutiny and ensure accountability and redress for these measures, and to urge the United States to engage with and answer the demands of protestors which are known to be linked to dismantling deeply rooted racial discrimination.

ARTICLE 19 also commends efforts of the OHCHR to counter attacks and threats against journalists. The impunity for such violence drives self-censorship and deprives entire societies of their right to know.

In Mexico, we are deeply concerned that the new government maintains the same censorship practices as previous governments. A new report with evidence that the Mexican State Media Agency ‘NOTIMEX’ ordered an attack on social media against critical journalists has not prompted justice but has instead been met with impunity. We call on States devoted to free expression to condemn such attacks.

In Russia, we are alarmed at a law introduced in April which imposes harsh penalties spreading “false information” during emergencies.  During the first three months of the pandemic alone, there had been 157 new cases under this law.

In Thailand, artist Danai Usama has faced arrest and prosecution under the repressive Computer Crime Act for a social media post about the authorities’ response to the pandemic. We commend the High Commissioner for raising this case in a public statement, and call on the authorities to immediately drop all charges.

ARTICLE 19 urges all States at this Council to demand an end to measures which violate the ability to speak and protest.