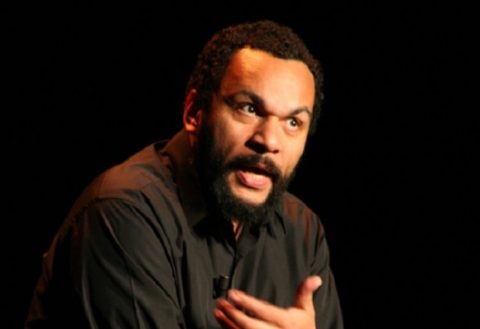 On 14 January 2015, the French comedian Dieudonné M’bala M’bala was arrested, reportedly on suspicion of publicly condoning terrorism. The arrest is believed to be connected to a facebook post Dieudonné wrote on Sunday, saying “tonight, as far as I’m concerned, I feel like Charlie Coulibaly”, in reference to Amedy Coulibaly, who prosecutors say killed four hostages at a kosher supermarket last week in Paris.

“Jokes posted on Facebook about terrorist atrocities, even if distasteful or offensive, are protected by the right to freedom of expression if they fall short of actual incitement to terrorist acts”, said Thomas Hughes, Executive Director of ARTICLE 19.

“Following the outpouring of support for the right of Charlie Hebdo to freedom of expression last week, the arrest of Dieudonné is a test of how far the French authorities are prepared to stand up for the principles Charlie Hebdo embodies,” Hughes added.

Publicly condoning (faire publiquement l’apologie) acts of terrorism is a crime under Article 421-2-5 of the French Criminal Code.

“The French authorities must consider the full context of Dieudonné’s posting, and protect his right to make offensive, tasteless or bad jokes,” said Thomas Hughes.

International standards are clear that terrorism offences should not be so broad or vague as to encompass expression where there is no actual intent to encourage or incite terrorist acts. To impose criminal sanctions, there must be a direct and immediate connection between the expression at issue, and the likelihood or occurrence of such violence.

ARTICLE 19 is concerned that harsher penalties are available where the offence of publicly condoning terrorism is committed online. The UN Special Rapporteur on the promotion right to freedom of expression has said that there is no need to create new laws or provisions “specifically designed to criminalise expression on the Internet”.

There are reported to be at least 50 investigations opened in France since last week against people suspected of publicly condoning terrorism. It is unclear how many of these investigations relate to the use of social media.

“Social media prosecutions against those with dissenting or minority view points will not assist in the fight against terrorism, but pose a real danger of further marginalising people and chilling free speech” said Thomas Hughes.

“Freedom of expression must be guaranteed to all people without discrimination, including on the basis of their political views or religion or belief”, Hughes added.

Similar criminal offences exist in other countries, including in the United Kingdom, where “encouraging” terrorism is criminalized by Section 1 of the Terrorism Act 2006. The UN Human Rights Committee, the UN treaty body for monitoring the implementation of the International Covenant on Civil and Political rights, expressed concern in 2008 that people could be found guilty of this offence even when they did not intend members of the public to be directly or indirectly encouraged to commit acts of terrorism.