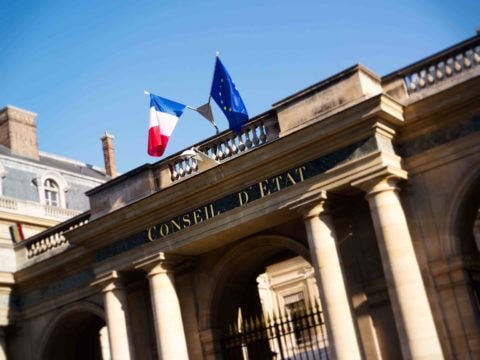 ARTICLE 19 has submitted an amicus curiae brief to the French Conseil d’Etat in support of a claim brought by French associations La Quadrature du Net, French Data Network, and Fédération des Fournisseurs d’accès à Internet associatifs.[1] The claimants submit that decree no. 2015-125, which allows the administrative blocking of websites without a court order, should be quashed. In our submission, we argue that the decree violates international standards on freedom of expression.

On 5 February 2015, the French government adopted decree no. 2015-125,which permits the administrative blocking of websites that condone terrorism or distribute child pornography. Under the new decree, a special division of the police forces, tasked with combating information technology crimes, can order ISPs to block access to a list of websites without prior judicial authorisation. The division has the power to decide that a website contravenes French criminal laws on terrorism and child pornography, to request that the editors of the website in question remove the allegedly unlawful content, and, where the editors are not identified on the website or refuse to comply with the removal request, to order ISPs to prevent access to the website in question. A magistrate from the privacy public watchdog CNIL is informed of this decision and may recommend its modification or initiate legal proceedings before an administrative tribunal. If internet users access a blocked website, they are redirected to a Ministry of Interior webpage explaining why access has been blocked.

The new legal framework imposes severe restrictions on online freedom of expression that are akin to banning a newspaper or broadcaster.[2] Worryingly, these come in the absence of any prior decision by an impartial and independent body.

The right to freedom of expression is not absolute; however it may only be restricted under very narrow and limited circumstances. International law (specifically, Article 19(3) ICCPR and Article 10 ECHR) provides that:

While the protection of national security (the fight against terrorism) and the fight against child pornography are clearly ‘legitimate aims’, ARTICLE 19 considers that the French legal framework created by decree n. 2015-125 and the laws it implements fail to meet the other requirements of international law on freedom of expression.

In our amicus curiae brief, we argue:

ARTICLE 19 reiterates that international standards are clear that terrorism offences should not encompass expression where there is no actual intent to encourage or incite terrorist acts. We argue that the vagueness of the law reverberates on the decree that implements it.

[3]    See also this statement by ARTICLE 19: France: social media investigations and arrests violate the right to freedom of expression, 14 January 2015.