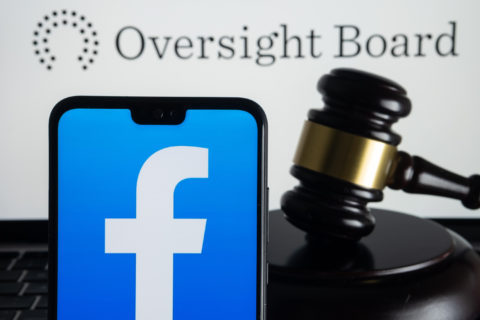 Today, the Facebook Oversight Board ruled on Facebook’s indefinite suspension of the account of former president Donald Trump, following his incitement to the 6 January storming of the US Capitol. The Oversight Board affirmed Facebook’s decision to restrict Trump’s access to posting content on his Facebook page and Instagram account, but questioned the indefinite suspension of his account without process or standards, in line with ARTICLE 19’s submission to the Board in February. The decision gives Facebook 30 days to respond, and to set out its plans for dealing with powerful figures, including world leaders, within six months.

“The Oversight Board’s decision is a step towards greater accountability for Facebook and recognises the need to approach bans based on international human rights principles, including the risk of serious and imminent harm,” said Quinn McKew, ARTICLE 19’s Executive Director. “But given Facebook’s enormous power and influence, this decision cannot be a solution. It must be accompanied by an in-depth, comprehensive overhaul of how social media businesses operate in democracies, with full acknowledgment of their explicit human rights responsibilities.”

“The Board noted that heads of state and other high officials of government can have a greater power to cause harm than other people,” the decision read. The Board also stated that “if a head of state or high government official has repeatedly posted messages that pose a risk of harm under international human rights norms, Facebook should suspend the account for a period sufficient to protect against imminent harm. Suspension periods should be long enough to deter misconduct and may, in appropriate cases, include account or page deletion.”

But although the Facebook Oversight Board made recommendations consistent with those outlined in ARTICLE 19’s submission in February and noted the lack of clarity of Facebook’s moderation policies, the ruling cannot fix a fundamentally flawed Facebook business model that relies on the collection of troves of data about users and underpins recommender and content moderation systems. ARTICLE 19 believes that the decisions of Facebook about speech — and by extension those of its Oversight Board — would not be nearly as significant than if Facebook had a business model that did not concentrate so much of the world’s population on one platform.

“Facebook, while happy to be seen as one of the world’s most prominent, powerful and prolific information providers, has been all too clearly less willing to acknowledge the responsibility that comes with its role,” said Quinn McKew. “This decision does not replace the need for systemic solution, beyond Facebook, that acknowledges the fundamental problem of social media business models. Otherwise, democracy itself remains vulnerable.”

For more information about the decision, or to arrange an interview with an ARTICLE 19 expert, contact: [email protected]