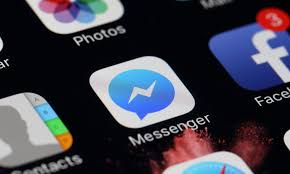 ARTICLE 19 and RSF Germany invite you to join us at 7pm, Wednedsay 28th November, to discuss:

Russia, Internet censorship and the impact of German legislation: Is German policy playing into authoritarian hands?

Governments around the world are restricting or moderating content online. Just one year ago, Germany introduced its NetzDG law, forcing social media platforms to remove content it considers illegal. This raises serious concerns for its citizens rights to freedom of expression and information.

The German law is also being used by Russia to justify its own restrictive practices. Internet freedom has come under increasing attack in Russia, where a raft of new laws have allowed for blocking of websites, harassment of online media outlets and arrests and imprisonment of users for content they post. Furthermore, Russian authorities are attempting to force Internet companies into supporting these censorship initiatives and provide information about their users.

What are the harms of laws like NetzDG at home or abroad? What is the impact for fundamental freedoms when countries turn to companies like Google or Facebook to police the web? And what are the alternatives?

To discuss these issues, we will be joined by:

The discussion will be held in English. We have only a limited capacity. Please register at: [email protected]