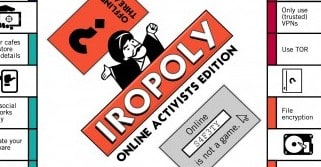 What is the correlation between the online and offline behaviour of Iranian citizens and the likelihood of their arrest in Iran today? Answering this question is the main focus of this new ARTICLE 19 report.

First introduced in Iran in 1993, the internet has steadily accrued a number of users over the years. Between 2001 and 2009 – the year of the contested presidential elections – internet usage increased by nearly half each year. In 2014, there were estimated to be more than 22 million internet users in Iran, just over 28 percent of the population.

Iran’s administration has waged a continuous war against the internet, aiming to restrict its capacity to facilitate protest movements. This war has taken the shape of new legislation, policies, and practices, which continue to fall outside the permitted limitations to freedom of expression and information according international human rights standards. Internet censorship and surveillance have become major priorities.

This stranglehold has been strengthened by a number of government regulatory initiatives, designed to assert control over online communications. Cyber activities conflicting with the regime’s norms have been criminalised, in breach of international standards, and the technical capacities of the authorities have been strengthened to enable sophisticated and comprehensive blocking.

In January 2010, the Computer Crime Law was introduced, a vaguely-worded law banning the ‘dissemination of lies’ of the publication of materials considered damaging to ‘public morality’. The following year, the Iranian Cyber Police (FATA), was established. Iranian internet-repressing entities known as ‘cybersquads’, such as the Revolutionary Guards Cyber Defence Command (RCDC or Gerdab) were established, funded by the Iranian Revolutionary Guards Corps (IRGC). Other groups such as the so-called ‘Iranian Cyber Army’ also appeared in the news, notably in February 2011, when they reportedly hijacked the media outlets of Voice of America and the BBC.

Iran’s authorities have invested heavily in their administrative, legal and logistical capacity to restrict freedom of expression and information, for what they perceive as threats associated with communication technologies.

In March 2012, Supreme Leader Khamenei founded the Supreme Council on Cyberspace (SCC) – a policymaking body whose members include Iran’s President, the Head of the Judiciary, the Minister of Intelligence, the Minister of Culture and other law enforcement officials – to oversee the use of the internet in Iran. The SCC is just one of a number of regulatory groups aimed at restricting free access to the internet.

Another, the Committee Charged with Determining Offensive Content (CCDOC) identifies sites with illegal content, and makes the final decision as to whether a site should be blocked due to its content. The Iranian authorities domination of Iran’s online sphere has been widely reported, as has the high number of internet users who have been – and continue to be – arrested.

Dissecting the legislation and documenting testimonies by victims of the law, ARTICLE 19 has provided recommendations for a range of actors, including technical experts, private companies, and the Iranian government, in order to protect and enforce the right to free expression in Iran. It is still difficult to determine whether Iran’s online community has made real progress in safeguarding its own digital security.

This report is intended to bridge that gap. Its aim is to identify what progress – if any – has been made by Iran’s internet-using public in maintaining their own digital security, and also, where necessary, to define areas where more behavioural and technical changes are required.

Can YOU play it safe enough to avoid jaild? Download Iropoly here!