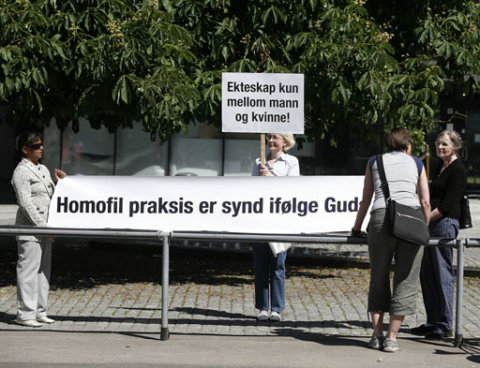 These Principles are founded on the understanding that freedom of expression and equality are foundational rights, whose realisation is essential for the enjoyment and protection of all human rights. They are also mutually supporting and reinforcing human rights. It is only when coordinated and focused action is taken to promote both freedom of expression and equality that either can effectively be realised.

Pluralism and diversity are hallmarks of freedom of expression. Realisation of the right to freedom of expression enables vibrant, multi-faceted public interest debate giving voice to different perspectives and viewpoints. Inequality results in the exclusion of certain voices, undermining this. The right of everyone to be heard, to speak and to participate in political, artistic and social life are, in turn, integral to the attainment and enjoyment of equality. When people are denied public participation and voice, their issues, experiences and concerns are rendered invisible, and they become more vulnerable to bigotry, prejudice and marginalisation.

Too often, the rights to freedom of expression and equality have been construed as being in opposition to one another, or as being in direct conflict, with attention focused on the potential for tension between them. The Principles assert the affirmative relationship between freedom of expression and equality, identifying the complementary and essential contribution they make to the securing and safeguarding of human dignity, and the fact that together they are key to the indivisibility and universality of human rights. Observed and upheld they enable and strengthen respect for human rights for all.

The Principles also affirm that respect for freedom of expression and equality has a crucial role to play in ensuring democracy and sustainable human development, and in promoting international peace and security. Security measures, particularly in the areas of counterterrorism and immigration, have undermined individual rights, resulting in illegitimate restrictions on freedom of expression and the stigmatisation of certain ethnic and religious groups. The Principles reject the view that security requires human rights to be compromised. They assert instead that respect for human rights is central to attaining true security.

The Principles highlight States’ obligations to take positive steps to promote diversity and pluralism, to promote equitable access to the means of communication, and to guarantee the right of access to information. They affirm the positive role of the State in creating an enabling environment for freedom of expression and equality, while recognising that this brings potential for abuse. Strong democratic structures – including free and fair elections, an independent judiciary and a vibrant civil society – are needed to prevent abuse and to realise more fully the goals of pluralism and equitable access. Although the State has an important role to play, self-regulation, where effective, remains the most appropriate way to address professional issues relating to the media.

The Principles recognise the importance of the media and other means of public communication in enabling free expression and in enabling the realisation of equality, through ensuring equitable access. The traditional media continue to play an important role globally, but they are undergoing significant transformation. New technologies – including digital broadcasting, mobile telephony and the Internet –vastly enhance the dissemination of information and open up new forms of communication, such as the blogosphere. At the same time, in many media sectors access to the media, particularly for minority groups, and genuine diversity in the media are threatened by the increasing concentration of media ownership and other market challenges, including market failures.

These changes bring both opportunities and challenges for pluralism and the public interest. Effective policy and regulatory frameworks which protect pluralism and diversity are needed, but these must be grounded in broad social dialogue that stimulates fresh debate about the role of media in society and involves stakeholders from diverse communities as well as representatives of the media, public authorities, government and civil society.

The Principles are based on a wide notion of equality, which includes the rights to equality before the law and to non-discrimination, as well as the idea of substantively equal treatment and status. They recognise that problems of discrimination and negative stereotyping are deeply rooted socio-economic and political phenomena. Their eradication requires sustained and wide-ranging efforts, including in the areas of education, social dialogue and awareness-raising. Limiting debate about contentious issues, including religion, will not address the underlying social roots of the prejudice that undermines equality. In many contexts, restrictions on freedom of expression target disadvantaged groups, undermining rather than promoting equality. Instead of restrictions, open debate is essential to combating negative stereotypes of individuals and groups and exposing the harm created by prejudice.

The Principles recognise, however, that certain speech, for example intentional incitement to racial hatred, is so harmful to equality that it should be prohibited. Rules prohibiting such speech should be narrowly defined to prevent any abuse of restrictions, including for reasons of political opportunism. Effective steps need to be taken to ensure that such rules are applied equitably for the benefit of all protected groups. In this regard, a case-by-case approach which takes into account context and patterns of vulnerability is important, especially on the part of judicial authorities. Such rules should be used only to protect individuals and groups. They should not be invoked to protect particular beliefs, ideologies or religions.

Finally, the Principles recognise that freedom of expression and equality enhance the growth and vitality of civil society organisations which in turn give voice and visibility to vulnerable and disadvantaged groups and strive towards the protection of their rights. The Principles also re-affirm the vision highlighted in the Preamble to the Universal Declaration of Human Rights that every individual and every organ of society shall strive to promote respect for the rights to freedom of expression and equality and secure their universal and effective recognition and observance.