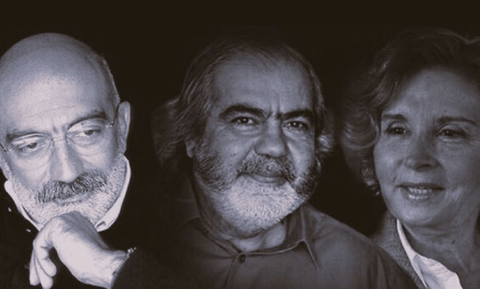 “Ahmet Altan was unjustly imprisoned for over three years while defending himself against trumped up coup charges. Re-arresting him just a week after his release amounts to psychological torture. Refusing to tell his lawyer whether or not he will be arrested adds insult to injury.

“The whole situation is horribly reminiscent of his release and re-arrest in September 2016. Just as then, Altan has criticised the Turkish authorities following his release and they appear to be determined to punish him for this.”

“The terrorism charges against Altan have always been politically motivated and the entire case lacks even a shred of credible evidence. The Turkish authorities must immediately cease this cruel judicial harassment of Altan.”

Schona Jolly QC, Chair of the Bar Human Rights Committee of England & Wales, who have been monitoring this trial, said:

“BHRC has expressed serious concerns throughout this trial both about the fairness of this trial and about the impact of such prosecution, based on hopeless grounds and without sufficient or credible evidence, on the right to free expression in Turkey. The welcome release of Ahmet Altan does not alter the fact that we consider there was not sufficient or proper basis for his conviction, or to hold him in pre-trial detention for over three years. Re-arresting him now, following his public criticism of the Turkish authorities upon his release, has all the appearance of a further abuse of power, by way of politically-motivated and/or judicial harassment.  In the wider context of the mass arrest and prosecution of journalists, civil society and political opponents – cases which BHRC has been observing – this step now appears to be part of a broader attempt to stifle and silence critical opposition and free expression in Turkey’s democracy, by using and abusing the legal process.”

The case is emblematic of the judicial harassment which has come to characterise the legal system in Turkey. Ahmet Altan  is the most egregious example of pre-trial detention in, having served over 3 years in pre-trial detention. This latest development illustrates the revolving door system of arrests, releases, and rearrests of journalists on baseless charges in the country.

The re-arrest is also reminiscent of AItan’s initial arrest in September 2016. Altan was held in police detention for 11 days, before being released on probation on 22 September, only to be re-arrested the same day on new charges.

ARTICLE 19 has an MoU with BHRC to monitor trials in Turkey.

ARTICLE 19 monitored all hearings in the trial and the retrial in this case, intervened with an amicus brief in the domestic proceedings and has consistently raised concerns about violations of the right to a fair trial. A19 also led the third party interventions on the cases before the ECtHR.