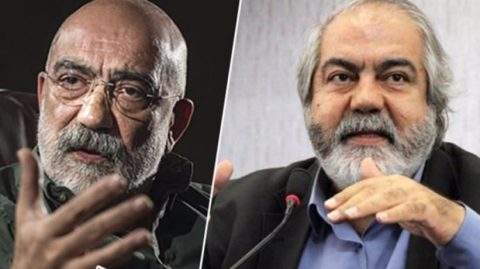 On Monday 19 June, ARTICLE 19 will submit an expert opinion to Istanbul’s 26th High Criminal Court examining the charges against prominent novelists and political commentators, Ahmet Altan and Mehmet Altan. The brothers will be tried alongside 15 other defendants, with the first hearing on 19 June. The case is the first trial of journalists accused of taking part in last year’s failed coup attempt. The charges are detailed in a 247-page long indictment, which identifies President Erdoğan and the Turkish government as the victims. ARTICLE 19 calls on the court to consider international human rights in reaching its judgement and for the defendants to be acquitted and released from pre-trial detention.

ARTICLE 19 considers that the charges form part of a politically-motivated campaign of harassment against journalists and other dissenting voices in Turkey following the failed coup against President Erdoğan in July 2016.

The main evidence presented in the indictment are television interviews, news articles and opinion pieces, which comment on the political situation in Turkey and include criticism of the government. The Turkish government argues that writing these articles amounts to the use of force and violence to effectively overthrow the government in place.

“There is no possible causal link between the defendants’ news articles and the failed coup of July 2016,” said Gabrielle Guillemin, Senior Legal Officer for ARTICLE 19, “That the defendants may be sentenced to aggravated life imprisonment merely for publishing columns commenting on the political situation in Turkey is grossly disproportionate and would amount to a grave miscarriage of justice.”

Under international and European human right law, Turkey is obliged to ensure that restrictions on freedom of expression, and in particular on the freedom of the media, are provided by laws which are sufficiently clear and precise, pursue a legitimate aim and are necessary and proportionate in a democratic society.

ARTICLE 19 believes that the provisions which form the basis of the defendants’ indictment violate international standards on freedom of expression. The provisions are so vague as to be virtually meaningless and open the door to arbitrary interpretation.

The majority of the 17 defendants on trial are currently either in exile or have been held in pre-trial detention for the last 10 months. On 13 June, the European Court of Human Rights wrote to the Turkish government requesting its response to a number of questions to determine whether the human rights of ten detained journalists, including the Altans, have been violated due to the length of their pre-trial detention.

ARTICLE 19 believes the trial to be politically motivated and calls on the authorities to drop all charges against the accused in the absence, in the indictment, of evidence of involvement in an internationally recognised crime and to immediately and unconditionally release those held in pre-trial detention.

Read the full text of the expert opinion in Turkish and English.