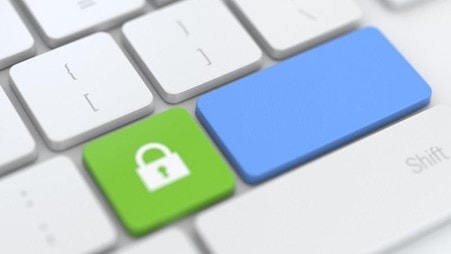 This summer the UK government published a draft Online Safety Bill, which now sits with a Joint Committee that has been given until 10 December to assess the legislation.

At the draft’s release, British Digital Secretary Oliver Dowden said that the UK was showing “global leadership with our groundbreaking laws to usher in a new age of accountability for tech and bring fairness and accountability to the online world.”

On the contrary, provisions within the draft Online Safety Bill could turn the UK into an inspiration for other new repressive internet regulations around the world.

We have already seen a spike in rhetoric using online safety and security as a means to crack down on internet freedom across Asia, the region where I work with ARTICLE 19, a global freedom of expression organization, and one of the groups campaigning against the draft Bill in the UK.

In July, ARTICLE 19 raised concerns with the Bill.

Most worryingly, the draft Online Safety Bill gives overbroad powers to the Secretary of State to define the scope of regulated services, and introduces disproportionate sanctions on companies for failing to comply with the obligations from hefty fines and criminal liability to service blocking. It lacks an effective notice and appeals process for content moderation decisions, crucial features for transparency and accountability.

The draft Bill not only addresses various types of illegal content but also introduces the extremely problematic concept of ‘legal but harmful,’ which threatens protected expression.

Furthermore, the draft Bill is overly broad in its scope, which raises additional problems. For example, in applying not just to search services but also “user-to-user services” the Bill in practice covers private messaging applications like WhatsApp or Signal, the regulation of which threatens to weaken encryption of these platforms.

Concerning enough for human rights protection in the UK, we are worried that if it becomes law the Bill could be used to justify other repressive internet regulations, already on the rise.

A blueprint for digital repression

Thailand, in July 2021, announced Regulation 29. In a blow to free speech, it empowers authorities to censor online expression and prosecute anyone, including third party service providers, responsible for content that may be lawful but “instigate fear.”

Thankfully, a week after being announced, the Thai Civil Court issued an injunction leading to Prime Minister Prayut Chan-o-cha revoking the order. But other measures continue to threaten internet freedom in Thailand, including a concerning ministerial regulation under the Computer Crimes Act issued in mid-August.

In November 2020, Indonesia issued the invasive Ministerial Regulation 5, governing virtually all private online actors from social media platforms to search engines in the name of preventing vague and overbroad “prohibited information and/or documents.” Although implementation is postponed until late 2021, Indonesia may feel emboldened to ratchet up restrictions should the UK adopt its own problematic framework.

Vietnam in July announced a draft revision of Decree 72 on internet management, which introduces invasive obligations and expands liability for social media platforms. Vietnam already abuses vague provisions within its Penal Code to silence and imprison civil society for what they post online.

The regional trend is bad, but it could get worse if more outwardly rights-respecting governments insist on passing potentially abusive internet regulations such as the UK Online Safety Bill.

We’ve already seen this happen with the global ripple effects following Germany’s 2017 Network Enforcement Act (NetzDG), which requires social media platforms and other services to remove designated content or face excessive penalties. It is largely not compatible with international human rights law on freedom of expression.

NetzDG has been explicitly cited, finds the Danish think tank Justitia, in a number of repressive regulations from Venezuela to the Philippines and Malaysia, and credited generally with inspiring others from India and Singapore to Russia and Belarus.

If the UK really wants to be a global leader in a new age of safety online, it must check what standards it is setting for itself and the rest of the world.

Because the internet is global, any attempt to regulate any part of it must be based on international human rights norms and admittedly global in its legislative due diligence.

The UK committee responsible for scrutinizing the draft will hopefully approach their task with a global perspective, and send it back for revision, lest they approve a bill that risks justifying even more harmful regulations elsewhere.