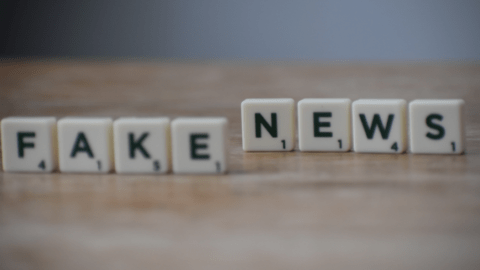 Proposed government initiatives to address ‘fake news’ would further curtail digital rights and freedom of expression in Thailand, said ARTICLE 19. In recent weeks, the Ministry of Digital Economy and Society (MDES) has disclosed plans, including new regulations under the Computer Crimes Act, that would tighten governmental control over social media platforms and impose additional barriers to online expression. The Ministry should abandon these efforts in favour of an approach that respects the human rights of social media users and others expressing controversial or critical opinions.

“Official actions to combat ‘fake news’ are often less about preventing online harms than expanding State control over the internet,” said Matthew Bugher, ARTICLE 19’s Head of Asia Programme. “While we have not yet seen the proposed new regulations, recent actions and statements by government officials are cause for alarm.”

On 20 May 2021, MDES announced plans to update ministerial regulations under the Computer Crimes Act to address the dissemination of false information. The Ministry expects to complete a draft of the new regulations later this month.

The announcement by MDES comes amid a number of government actions ostensibly aimed at combatting ‘fake news’. On 14 May 2021, Deputy Prime Minister Prawit Wongsuwan instructed the Anti-Fake News Centre to intensify its efforts to combat ‘fake news’. On 18 May Prime Minister Prayut Chan-o-cha signed an executive order establishing the Committee on Suppression and Correction of Dissemination of False Information on Social Media. On 27 May, Chaiwut Thanakmanusorn, the Minister of Digital Economy and Society, established three new sub-committees: one for the supervision of social media, one for enhancing law enforcement measures to prevent and solve problems on social media, and one for drafting ministerial regulations under the Computer Crimes Act. And on 8 June, the Prime Minister and Minister of Defence assigned the Council of State to review Thai and foreign laws, with a focus on regulating social media platforms such as Twitter and Facebook. Officials were specifically instructed to review Indian legislation, a concerning development in light of recent measures taken there that violate free expression and privacy rights.

While neither MDES nor other government bodies have provided much information about the proposed regulations under the Computer Crimes Act, statements by Chaiwut have offered clues about what to expect. He announced the new regulations using language concerning the collection of network traffic data. Late last month, Chaiwut stated that the Ministry may require social media accounts to be registered with true names and ID information. He further mulled the possibility of requiring social media companies to establish offices in Thailand.

Moreover, recent actions by Thai authorities give an indication of what to expect from the increased focus on ‘fake news’. On 2 June 2021, a court ordered Facebook and internet service providers to block or remove eight Facebook accounts for allegedly spreading ‘fake news’. These include the accounts of political commentator in exile Pavin Chachavalpongpun and the Royalist Markeplace group he founded—both likewise targeted last year under the Computer Crimes Act and the subject of a legal complaint against Facebook—as well as the account of journalist Andrew MacGregor Marshall. These accounts are notable for featuring critical commentary on government officials and the Thai monarchy.

The proposed new regulations would add to a number of existing mechanisms to monitor and punish vaguely defined ‘fake news’. In 2019, Thailand established the ‘Anti-Fake News Centre’ and in 2020 the Technology Crime Suppression Police Bureau was set up to monitor cybercrime, including ‘fake news’. Thailand employs a number of hybrid measures to combat ‘fake news’ that rely on artificial intelligence and human analysts to monitor social media activity on Facebook, Twitter, YouTube, and other platforms. Thailand’s application of these methods to target social media users has come under criticism by human rights experts, including the UN High Commissioner for Human Rights. Rather than addressing these criticisms, the proposed changes raise fresh concerns.

In light of other measures to collect and track personal data, MDES’s suggestion of the need to collect additional network traffic data raises concerns over the risk of interference with the right to privacy. Thailand already requires SIM cards to be registered with national IDs or passports. Beginning last year, Thailand also rolled out a facial recognition system tied to SIM card registration in the southern border provinces, which disproportionately targets ethnic Malay Muslims who are already subjected to other biometric data collection. While it is unclear how Thailand will force telecommunications and internet service providers to collect and hand over user data under the new regulations, adding data retention and handover requirements enhances government capacity for surveillance and risks stifling expression.

MDES’s suggestion that it would like to see social media companies establish offices in Thailand is worrying. ARTICLE 19 has previously raised concerns over domestic incorporation requirements, which put local staff members at risk and give governments greater leverage over social media platforms.

It is unclear exactly how real-name registration requirements for online activity could be implemented in practice, but MDES has reportedly acknowledged it would seek cooperation from social media platforms and related online services. However, this also raises questions about the risk of penalties should such platforms refuse to comply with government demands that do not comply with international standards.

In a 2017 Joint Declaration, four special mandate holders on the freedom of expression noted, ‘general prohibitions on the dissemination of information based on vague and ambiguous ideas, including ‘false news’ or ‘non-objective information’, are incompatible with international standards for restrictions on freedom of expression’ and found that they ‘should be abolished’.

In a 2013 report to the Human Rights Council, the UN Special Rapporteur on the freedom of expression held that ‘real name registration requirements allow authorities to more easily identify online commentators or tie mobile use to specific individuals, eradicating anonymous expression’. And in 2015, the Special Rapporteur added that ‘privacy interferences that limit the exercise of the freedom of opinion and expression…must not in any event interfere with the right to hold opinions, and those that limit the freedom of expression must be provide by law and necessary and proportionate’. The categorical denial of anonymity online risks infringing on the ability of social media users to hold and form opinions and engage in free expression.

In light of these concerns, MDES should abandon plans to introduce additional restrictions on internet freedom under the Computer Crimes Act and should instead amend the law so that it complies with international human rights standards.

“Misinformation is a real problem and Thai officials are right to be concerned,” said Bugher. “However, policy measures that rely heavily on censorship, surveillance, and criminal sanction shut down public discourse, contributing to the mistrust and secrecy that feed misinformation. The Thai government should instead focus on transparency, the dissemination of accurate information, and creating an enabling environment for the exercise of the rights to freedom of expression and access to information.”