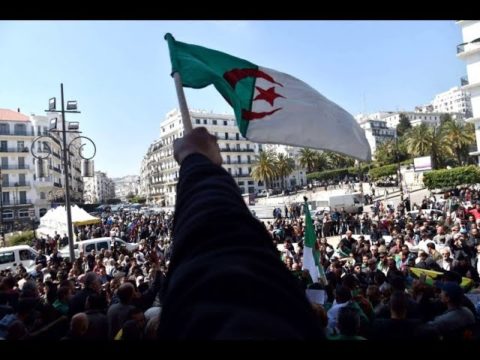 ARTICLE 19 welcomes the recent release of a number of protesters and others jailed for their involvement in the Hirak protest movement, and calls on the Algerian authorities to now turn their attention to the release of all journalists held in detention as a result of the government’s crackdown on free expression, and to drop charges and end its harassment against them.

“We urge the authorities to immediately and unconditionally release all journalists arbitrarily arrested or detained. Freedom of expression cannot flourish without guarantees of protection for Algerian journalists. No one can deny the role journalists have played, from Algeria’s independence to the popular Hirak movement, in covering the Algerian experience. Let us recall the number of journalists assassinated during the black decade for having revealed the truth. let us recall their role in the reinstatement of peace in Algeria after a bloody period. The media remain the cornerstone of every democracy and an impartial and necessary link between the state institutions and the people.” Said Saloua Ghazouani, Director of ARTICLE 19 MENA.

Despite the adoption of a new Algerian Constitution on 1 November 2020 and a recent presidential speech by President Abdelmajid Tebboune announcing a presidential pardon for 60 detainees and more guarantees for freedom of expression and the media, many journalists in Algeria are still imprisoned for their work, or faces charges.

Online media outlets are also experiencing a constant wave of harassment. Several have been censored, such as Interlignes, Radio-M, Maghreb emergent, Twala, Tariq News and Ultra Sawt, and/or continue to be censored such as Casbah Tribune.  The attacks on online outlets have been condemned by Saïd Salhi, vice-president of the Algerian League of Human Rights and Rupert Colville, Spokesperson for the UN High Commissioner for Human Rights.

Even the new legislative arsenal is targeted at limiting online and offline press freedom, such as new amendments to the criminal code condemning so-called “fake news”. The new online media law creates an absurd restriction on an independent online press, strengthening the control of the state over freedom of expression online by forcing sites to be based in Algeria which could lead to the violation of certain principles such as the protection of journalistic sources[3].

Saloua Ghazouani  added “we call upon the Algerian authorities to repeal legal provisions and policies that are being used to prosecute journalists. And we urge them to provide protection for every journalist in line with the international treaties they have ratified on the protection of journalistic freedom and journalists, as well as their commitment to establish a new Algeria based on the respect of human rights and social peace”