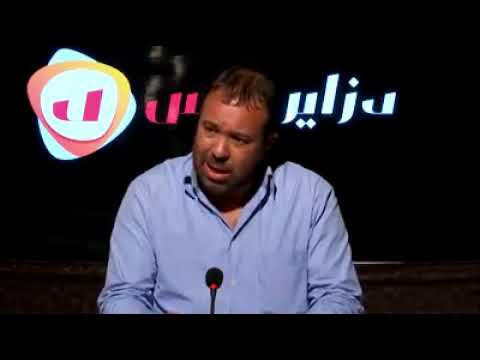 ARTICLE 19 calls on Algerian authorities to immediately release detained journalist and whistleblower Noureddine Tounsi, and drop charges against him. Tounsi, whose journalism brought to light revelations of corruption at the Enterprise Port of Oran (EPO) in Algeria, was in court on 17 November to face charges of espionage, disclosure of official secrets and insults and violence against officials and state institutions, faces up to six months in prison. He is currently on hunger strike in protests at his detention. We urge Algerian authorities to reverse their efforts to crack down against critics, and instead focus on fighting corruption and enacting much needed reforms.

Tounsi, who has worked with the Platform to Protect Whistleblowers in Africa (PPLAAF) since 2017, was arrested on 21 September 2020 near his home. He was charged under the Algerian Criminal Code with espionage, disclosure of official secrets and insults and violence against officials and state institutions, for his efforts to expose corruption and social media posts criticising members of the judiciary.

According to his lawyer, Tounsi is arrested for his relation with the PPLAAF, qualified by the court as a “foreign party”, and also for his publications on social medias denouncing the functioning of the judiciary and the behavior of certain judges. “As the name suggests, the PPLAAF is a structure that aims to protect whistleblowers, which Noureddine Tounsi has been for several years. As for the criticisms he makes against certain magistrates, he contends he has irrefutable evidence to support it ”said his lawyer.

Noureddine Tounsi had previously raised concerns about the management of the Port of Oran, and was fired from his job alongside others for doing so. They are currently being sued. Whistleblowers in Algeria have been asking for years for a legal framework guaranteeing them some protection in the country. “We risk our lives and the peace of our families to warn about embezzlement and trafficking. But instead of benefiting from protection, we are persecuted, sometimes threatened with death, without the authorities reacting ”, denounced Tounsi during a protest sit-in organized by some whistleblowers in 2019 near the Oran courthouse.

A few days before his arrest, Tounsi had lodged a complaint about the corruption of certain judges through the digital platform of the Ministry of Justice, and denounced the refusal of the Oran general prosecutor’s office to register it[1].

“I received a message confirming the registration of my complaint and directing me to go to the Oran General Prosecutor’s Office to file the case. But the court refused to acknowledge receipt” Tounsi said.

“After the conviction of journalist Khaled Drareni for” inciting unarmed assembly and attacking national unity “and” the integrity of the national territory “, the Algerian authorities are now distinguishing themselves by seeking to imprison a whistleblower for “espionage ”said William Bourdon, president of PPLAAF.

On November 16, 2020, Noureddine Tounsi began a hunger strike pending his 17 November trial, a decision on which has now been postponed until 24 November[2].

“Algerian authorities should be listening to and acting on concerns raised by the Hirak movement around rampant corruption, not prosecuting those who expose it. The status of whistleblowers in Algeria must be protected by law as part of efforts to establish an uncorrupted state and eradicate the feeling of impunity among officials and state authorities in Algeria”, said Saloua Ghazouani, Director of ARTICLE 19 MENA.