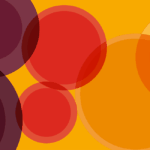 The Global Expression Report summarises major developments in freedom of expression around the world.

Based on unrivalled qualitative data from 161 countries covering 2018, and a backward glance from 2019 the Global Expression Report details the factors that contribute to  the health (or otherwise) of freedom of expression globally.

We look at trends over a ten-year period and identify opportunities for change, and as with last years report, we see that freedom of expression is at its lowest point for a decade.

Too many countries are encouraging a downward trend in the rights of their own people. The data  translates into a bald fact, that three of every four people on the planet are experiencing a deteriorating environment for freedom of expression.  We extrapolate from these figures that 5.5 billion people are living in countries where a vitally important human right is being increasingly restricted.

Statistics are often hard to digest, but they need to remind ourselves: In 2018, 99 journalists were killed – 21 more than 2017. Global impunity rates for these crimes continue to soar, at over 95%.  At the end of 2018, more than 250 journalists were in prison – also up from the year before. 321 human rights defenders were also killed – up nine from 2017.

We see worldwide the two inter-linked freedoms, of expression and access to information, are subject to a range of sustained globalised forces.   We see that tactics aimed at suppression are multiform, and while old strategies remain effective (such as silencing of journalists), new tactics are added to the armoury every year.  The year under review was no exception.

The Global Expression Report is based on what we call the “XpA metric”, which comprises the 39 indicators from the V-Dem data set.

The visualization below reveals the values of the five ‘freedom of expression’ pillars per country. Use the buttons below to create a focus on a specific region, or order all of the countries by one of the five themes.

For each value assigned to each theme and the expression score overall, is a number between 0 and 1.  The higher the number the better environment for freedom of expression.

Each of the 161 countries are illustrated as a pentafoil, and collectively as a beeswarm.  The visualisation provides both the opportunity to compare each country to the rest of the World, plus the option to zoom in and explore the separate values of one country in particular.  Try hovering or clicking countries that you’re interested in and see the pentafoil enlarged and line-graphs below it.

Also use the buttons below to create a focus on a specific region, or order all of the countries by one of the five themes.  Click reset to return to the global picture.

Order by a 'Freedom of Expression' value

Ordered by the Average of all 5 values |

Using this multi-dimensional dataset, we can measure aspects of democracy, social justice, and human rights around the world.  It is possible to not only measures the safety of journalists and the laws governing how we communicate, but it also provides a full picture of how free people are to express themselves – to discuss, speak, disagree, and inform themselves.

The five defining elements of expression can be explored below along with a brief summary of the changes we have seen since last years report.  Click the drop-downs to reveal the summaries, and learn how regions, countries and themes inter-relate to produce the overall score.

The XpA metric looks at indicators which relate to the ability of individuals and civil society organisations to associate and be active.

The global Civic Space score has decreased over the past decade, with no change between 2017 and 2018.

The Americas have seen deterioration in their civic space, with crises in countries such as Venezuela , Nicaragua and Brazil  where protest and public participation have been met with restrictions, both in law and on the streets.

While Africa, and the Middle East and North Africa, are seeing improvements in their Civic Space scores over 2018, they are still facing significant challenges, and their upturn in scores must be met with caution.

To read more on Civic Space see the Global Analysis section of the report .

The XpA metric for Digital now incorporates data from the Digital Society Project and measures online censorship and freedom of online discussion for men and women. It also covers internet shut-downs by governments, censorship of social media, and approach to online content moderation among several other key indicators.

Around 3.7 billion people have access to the internet. More than 70% of the world’s population live in a country where internet users have been arrested or imprisoned for posting political, social, or religious issues, and around 48% of people live in countries where individuals have been attacked or killed for online behaviour since 2017.

Free, diverse and pluralistic media depends on governments refraining from restrictions and creating an enabling legal and regulatory environment. The XpA metric measures factors such as government censorship and self-censorship.

Legal threats to freedom of expression continue – from broad and ambiguous national security laws to laws that unduly limit online expression, as well as new frameworks that delegate blocking and removal to online platforms, which often do so without transparency or accountability.

Estimates show that algorithms moderating content on social media have an accuracy rate of just 80%. This leaves a huge volume of people and communities affected by inaccurate and unjust content removals. In particular, voices of difference and dissent are being silenced online; human rights defenders, LGBTQ+ communities, and political opposition groups across the world have had their content removed and accounts deleted.

While Protection scores have remains fairly stable in most regions, the Americas have seen a more significant drop in score, which has accelerated over the last year, corresponding with the crisis of violence against journalists and activists in some of the region, most notably Mexico and Colombia .

Threats to the safety of journalists and other communicators and human rights defenders are rising, as did murders and imprisonment in 2018. Judicial harassment, or ‘lawfare’ – the aforementioned use of civil and criminal cases to distract or impede journalistic or activist work – is also on the rise.

To read more on Protection see the Global Analysis section of the report .

The XpA looks at issues including whether laws are transparent and enforced in a predictable manner, whether there are effective oversight bodies, rigorous and impartial public administration and access to justice.

The Americas region has experienced the largest drop in Transparency scores over the last decade, with the biggest dips taking place over the last five years. Fundamental tenets of transparency (and democracy more broadly) are being eroded in the Americas, with an average 0.14 drop in scores for transparent laws with predictable enforcement, and an average 0.15 drop in scores for rigorous and impartial public administration between 2013 and 2018.

To read more on Transparency see the Global Analysis section of the report .

The Global Expression Report tracks global trends across major issues of freedom of expression and information, and how they are experienced in various countries.