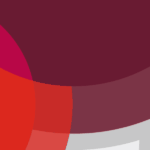 Global decline in freedom of expression

The global state of freedom of expression and information is at its lowest point for ten years.

The price for speaking out and protecting the right to freedom of expression around the world is high. With 78 journalists and 312 human rights defenders murdered in 2017, many more incarcerated, protests met with violence and online behaviour ever-more restricted, we are witnessing a global crisis for freedom of expression. Power holders across the world are increasingly denigrating dissent as treason and ‘fake news’, seeking to silence those that challenge them.

The Expression Agenda (XpA) metric shows that global freedom of expression has declined significantly over the last three years. The overall decline is being driven by the worldwide demise of media freedom and increasing intimidation of journalists, including verbal and physical attacks. The metric illustrates how freedom of public debate, media freedom, and civil society are particularly under attack.

The visualization below shows the values of our five ‘freedom of expression’ pillars per country, where each value is a number between 0 and 1, the higher the better. These 175 countries provide both the opportunity to compare each country to the rest of the world, plus the option to zoom in and explore the separate values of each country. Use the buttons below to explore a specific region, or to order all countries by theme.

Ordered by the Average of all 5 values |

Our metric gives a comprehensive picture of the state of freedom of expression and information internationally in 2017. Using V-Dem’s multi-dimensional dataset, which measures aspects of democracy, social justice, and human rights, around the world, ARTICLE 19 has selected 32 indicators which capture the challenges and complexity of freedom expression and access to information across the world.

By examining freedom of expression through the holistic approach of the Expression Agenda, we have achieved a deeper understanding of the issues that impact the ability of everyone to speak and to know, to raise their voice and be heard, regardless of sex, gender, ethnicity, race or religion.

Global trends from our metric show that media freedom is at its lowest level in ten years. 24 countries showed an overall decline in freedom of expression between 2014 and 2017 – including several democratic states, such as the US, Poland and Brazil.

The five defining elements of the freedom of expression agenda:

The XPA metric looks at indicators which relate to the ability of individuals and civil society organisations to associate and be active.

Across the world, governments are implementing laws and policies which shrink civic space. 2017 saw many government’s criminalising protest through excessive restrictions. In Spain, Bangladesh and Kenya among others, authorities used excessive force against protesters.

Increasingly, constraints on civic space offline mimic and intersect with online restrictions, such as internet shutdowns in Cameroon and Iran in response to demonstrations, aiming to limit communication and organisation by protestors.

Top advancer and decliner countries for civil space in 2017

2017 saw an unprecedented number of attacks on bloggers and online communicators across the world. Individuals are increasingly penalised with prison sentences for social media posts. An increasing number of internet shutdowns, bandwidth throttling and website filtering have been used by authorities to silence dissent, particularly in areas populated by minority groups.

The top advancer and decliner countries for digital in

Free, diverse and pluralistic media depends on governments refraining from restrictions and creating an enabling legal and regulatory environment. The XPA metric measures factors such as government censorship and self-censorship.

The XPA data shows that media self-censorship is the second biggest driver in the freedom of expression decline between 2014 and 2017. Censorship mechanisms of governments such as Turkey and Poland are determined to seize control of media and restrict critical voices. In authoritarian governments and transitioning democracies, media actors face limits to their independence and editorial freedom. Online, people are relying more on a small number of social media platforms, putting online content regulation in the hands of a few private companies, with opaque procedures.

The top advancer and decliner countries in the data for media in 2017 are:

Journalists, communicators and human rights defenders around the world faced major risks during 2017. Governments and other powerful actors, seeking to escape scrutiny and stifle dissent, responded to critical reporting with attempts to silence the reporters. Threats, surveillance, attacks, arrests, detention and killings were the price of reporting the truth. Attacks often occur with impunity, driving a cycle of intimidation and self-censorship.

Countries such as Mexico, Afghanistan, Syria, Iraq, Pakistan, India, the Philippines and Yemen recorded the highest numbers of journalists murdered. In Cambodia, Burundi, Brazil and Turkey, attacks against journalists combined with a worsening environment for freedom of expression caused their ranking in the XPA metric to drop.

The top advancer and decliner countries in the data for protection in 2017 are:

The XPA looks at issues including whether laws are transparent and enforced in a predictable manner, whether there are effective oversight bodies, rigorous and impartial public administration and access to justice.

The XPA data shows that every country which declined in freedom of expression between 2014 and 2017 also declined in transparency. However, globally progress on the right to information was strong, with four new transparency laws in 2017. Lebanon, Malawi, and the Bahamas passed freedom of information legislation in 2017, and Pakistan replaced a regulation with a law.

Negative trends emerging include attacks and threats to information requesters, especially in India.

The top advancer and decliner countries in the data for transparency in 2017 are:

The Expression Agenda is our global human rights strategy. Through it, we target the best means of protecting rights and freedoms on the ground, while enhancing international instruments that protect freedom of expression and the right to information around the world.

Have your say on the work we do