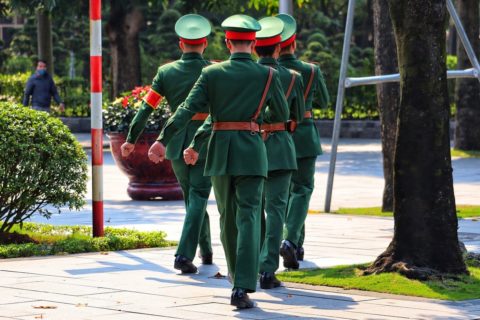 Vietnam has escalated its attack on online freedom of expression in advance of the national Communist Party Congress, which opens today, said ARTICLE 19.  In recent weeks the Vietnamese government has imprisoned individuals for online activities and in recent years has enacted new laws and policies restricting online freedoms. Any new leadership emerging from the Congress should take immediate steps to reverse this trend.

“Vietnam officials made it clear that they would brook no dissent in the runup to the Congress,” said Matthew Bugher, ARTICLE 19’s Head of Asia Programme. “The recent wave of arrests and convictions is a bold-faced attempt to stifle public discourse and stymie criticism of the government.”

During the national Congress, which is held every five years, the Communist Party selects new leadership and discusses priority policy issues. In the weeks leading up to the Congress, courts handed down several lengthy sentences to individuals based on their online activities.

On 20 January 2021, Vietnam sentenced Dinh Thi Thu Thuy to seven years in prison for “making, storing, spreading information, materials, items for the purpose of opposing the State” under Article 117 of the Penal Code. The charge against the 38-year-old single mother is based on Facebook posts authorities claimed distorted government policies and defamed political leaders in relation to their handling of environmental and COVID-19 issues. Dinh Thi Thu Thuy had also previously campaigned against Vietnam’s Cybersecurity Law.

On 5 January, a court in Ho Chi Minh City sentenced Independent Journalist Association of Vietnam (IJAVN) President Pham Chi Dung, 55, to fifteen years in prison. Two other IJAVN members, Le Huu Minh Tuan and Nguyen Tuong Thuy, were each sentenced to eleven years. All three were also charged under Article 117 of the Penal Code. In a statement from detention on 18 January, Pham Chi Dung wrote he would not seek to appeal in protest of the lack of an independent judiciary.

In response to the IJAVN trial, three UN special rapporteurs expressed deep concern, “at the continued use of Article 117 of the Penal Code which is overly broad and appears to be aimed at silencing those who seek to exercise their human right to freely express their views and share information with others.” This follows a January 2020 joint communication by four UN Special Procedures who raised concerns over the blocking of the IJAVN website and Facebook page, among other issues.

On 6 October 2020, high profile women’s rights defender and independent journalist, Pham Doan Trang, was similarly arrested and charged under Article 117 of the Penal Code. A prolific writer and co-founder of the samizdat Liberal Publishing House and independent online news portal Luat Khoa, Pham Doan Trang had faced ongoing harassment and had taken steps to conceal her whereabouts for several years already. Before her arrest, she often used Facebook, where she had 70,000 followers, to raise awareness of restrictions on the freedom of expression in Vietnam.

According to the Vietnamese human rights organisation The 88 Project, some 253 individuals are imprisoned for their human rights advocacy, of whom at least 36 have been sentenced under Article 117. This figure does not count those, like Pham Doan Trang, who are charged but awaiting trial. A recent report by Amnesty International states that 21 of 27 jailed prisoner of conscience in 2020 were prosecuted for their online expression.

In addition to the weaponisation of Article 117, the criminalisation of online expression has been deepened by the passage of new laws and regulations in recent years. Meanwhile content critical of the government has increasingly been removed by international Internet companies and social media platforms under pressure from Vietnamese authorities.

In January 2019, a Cybersecurity Law took effect requiring Internet companies to localise user data and ensure access by state officials. The law also imposed new fines and criminal penalties for violations of content restrictions established by the Ministry of Public Security, among others. Following its 2019 Universal Periodic Review, Vietnam received nine country recommendations on the Cybersecurity Law and supported the recommendation from France to “take steps to guarantee freedom of opinion and freedom of expression, including on the Internet, in the context of the adoption of the law on cybersecurity.” Despite this, no effective steps have been taken to bring the Cybersecurity Law into compliance with Vietnam’s international obligations.

In April 2020, Decree 15 came into effect, establishing penalties for posting “fake news” or other information that distorts, slanders, or damages the prestige, honor, or dignity of organisations or individuals, and storing or delivering information against the national interest, among other offences. Decree 15 furthermore requires social media platforms to provide the authorities with user data and establishes a penalty of up to VND 70 million (approximately USD 3,000) for platforms that fail to block or remove offending content. In January 2021, the Ministry of Information and Communications launched the Vietnam Anti-Fake News Center, raising further concerns for online freedom.

Social media companies also play a role in the tightening of Internet freedom and harassment of independent voices online. Facebook has often complied with Vietnamese government requests to limit online content. In its transparency report, for the first six months of 2020, Facebook revealed an increase in content restriction from 77 to 834 pieces of content.

In April 2020, Facebook publicly acknowledged having increased compliance with Vietnamese restrictions after suffering bandwidth throttling that had slowed traffic to the site for several weeks. In November, the government reportedly threatened to block Facebook altogether unless the company increased its compliance with requests for content restriction.

As such, in a 21 January 2021 Resolution, the European Parliament expressed concern over “the reported participation of global social media networks in attempts by the Vietnamese authorities to limit freedom of expression,” and urged “global social media platforms not to be complicit in the ongoing censorship in Vietnam.”

Vietnam should immediately and unconditionally release Pham Chi Dung, Le Huu Minh Tuan, Nguyen Tuong Thuy, Pham Doan Trang, and all others who have been arrested or imprisoned for exercising their rights to freedom of expression online or the peaceful exercise of other human rights. The Government of Vietnam should repeal or amend Article 117 of the Penal Code, the Cybersecurity Law, Decree 15, and other laws and regulations to ensure compliance with its obligations under the International Covenant on Civil and Political Rights (ICCPR) and other sources on international human rights law.

Tech and social media companies operating in Vietnam, including Facebook, should commit themselves unequivocally to upholding their obligations under the UN Guiding Principles on Business and Human Rights. They should reject requests for user data and arbitrary content restriction, as well as resist data localisation requirements that would only put civil society actors at further risk of harassment, surveillance, and arbitrary detention.

“Facebook’s own data suggests a massive increase in collaboration with a government that is engaged in a ruthless crackdown on freedom of expression,” said Bugher. “The decisions that tech companies make on the management of user data have a direct impact on the liberty and security of bloggers, human rights defenders and others expressing opinions that upset Vietnamese authorities.”