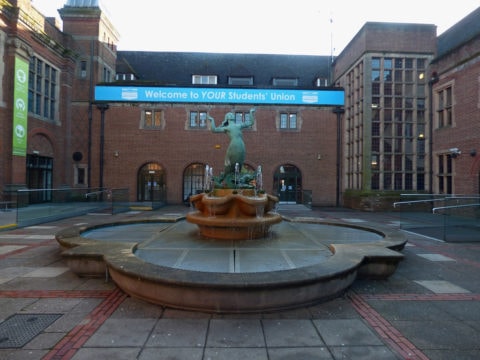 The Queen’s Speech on 11 May set out the United Kingdom Government’s plans for the next parliament, which included changes in voting practices, increased powers for police, and a bill focusing on academic freedom.

ARTICLE 19 joined Index on Censorship and English PEN in drawing attention to Academic Freedom Bill, which, if passed, could impact on free expression in universities.

The joint letter to Secretary of State for Education Gavin Williamson MP follows.

As organisations specialising in freedom of expression, we are writing to you to voice our significant concerns regarding the announcement of the Academic Freedom Bill in today’s Queen’s Speech.

There is an important discussion to be had around the state of freedom of expression in the UK’s universities. Hostile powers have felt increasingly emboldened to investigate and even sanction critical academics. Academics are having to both change their curricula and their method of teaching due to external pressures. Universities that fail to comply with government orders have had their sources of funding threatened.

All of the above threats, however, emanate from state powers – not from students. It is far from clear, therefore, that academic freedom will be strengthened by imposing more state control over universities. There is unfortunately, some evidence to suggest that there is a chilling effect on university campuses. For example, 25 percent of students surveyed by King’s College London describing themselves as scared to express their views openly. We agree that no one should feel uncomfortable expressing their opinion on campus, however the extent to which there is a growing trend of intolerance to speech on campus is unclear. This, furthermore, is a cultural problem – and not something that a blunt legislation will be able to fix.

The extent to which “no platforming” of speakers is a growing trend also needs to be explored further, with research by the government’s own Office for Students suggesting it occurs on a very limited basis. Of more than 62,000 requests by students for external speaker events in English universities in 2017-18, only 53 were rejected by the student union or university, less than 1 percent of the total.

This was echoed by the British Parliament’s Joint Committee on Human Rights which ‘did not find the wholesale censorship of debate in universities which media coverage has suggested’ in their 2018 report on into Freedom of Speech in Universities, and by a recent WONKHE survey, which found that of almost 10,000 events involving an external speaker in 2019-2020, just six were cancelled — mainly for failing to follow basic administrative processes. This would suggest that at the very least, further research is required to fully understand the scale of the issue.

Freedom of expression is a vital right. Universities are already bound by government legislation and have a legally binding duty to support and actively encourage freedom of expression on campus, including the right to protest. Blunt statutory tools may fail to recognise the various rights at play in any given situation, for example the rights of the speaker and the rights of students to protest against that speaker. This is a delicate balancing act that universities are best placed to navigate – not state regulators or courts of law. On university campuses, freedom of expression issues are best dealt with by existing legislation and by the universities and Student Unions themselves.

We are very concerned that additional legislation, including the imposition of a ‘Freedom of Speech Champion’, may have the inverse effect of further limiting what is deemed ‘acceptable’ speech on campus and introducing a chilling effect both on the content of what is taught and the scope of academic research exploration.

None of the signatory organisations have been meaningfully consulted in the development of the legislation thus far. We would welcome the opportunity for genuine engagement in the issue of academic freedom. Further research is needed on the main threats to speech on campus, while the scope of enquiry into academic freedom should be widened to encompass government interference. We therefore call for the Academic Freedom Bill to undergo a full, transparent, and meaningful period of consultation.

for press queries or to arrange an interview, please contact:
[email protected]