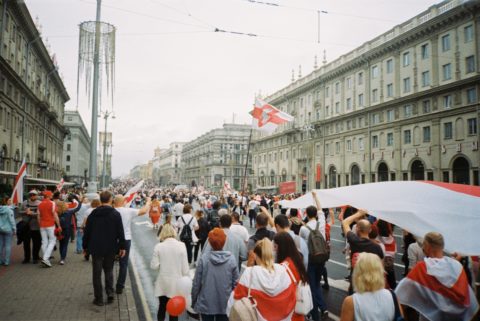 ARTICLE 19, Access Now, IFEX, International Media Support and PEN America’s full statement during the interactive dialogue on the interim oral update of OHCHR on the situation of human rights in Belarus at the 48th Session of the Human Rights Council.

Belarus continues to face the largest human rights crisis in its modern history. Over 35,000 people have been subjected to arbitrary detention in degrading conditions, with 674 people recognized as political prisoners, and almost all civil society organizations have been forcefully disbanded by the authorities. The Belarusian authorities continue to take deliberate actions to eliminate independent media and deprive the free flow of information. Currently, there are 27 journalists and 54 cultural workers behind bars. In the first 6 months of 2021 alone, there have been 621 cases of human rights violations against cultural workers. The widespread repression disproportionately impacts members of groups at-risk of discrimination, including based on sex, gender, age, socioeconomic status, and political opinion.

The Belarusian legal framework has been developed as a tool to silence dissenting voices. In May, amendments to existing laws were introduced to ban any forms of public protest against the authorities, threatening individuals who participate and journalists or media outlets which cover such events. The tendency of equating any act of solidarity with extremism is especially worrisome. In modern-day Belarus, volunteering to assemble food packages to political prisoners is qualified as “financing extremism,” while prisoners are physically labeled with a “prone to extremism” badge.

The crisis is equally present online and offline. In the spirit of digital authoritarianism, online civil resistance tools – including Telegram chats and channels, online media outlets, and civic tech initiatives – are labeled “extremist.” In May, Alexander Lukashenko passed a law which legalised the power to shut down the Internet.

We call on the OHCHR to examine and provide recommendations on the abuse of legislation and the court system to criminalise the right to freedom of expression and repress journalists, activists and other civil society actors.

We also urge the Council to ensure that the examination of the human rights situation in Belarus is properly resourced with adequate budget and personnel and supported by Member States in the region, including through country visits to neighbouring states.