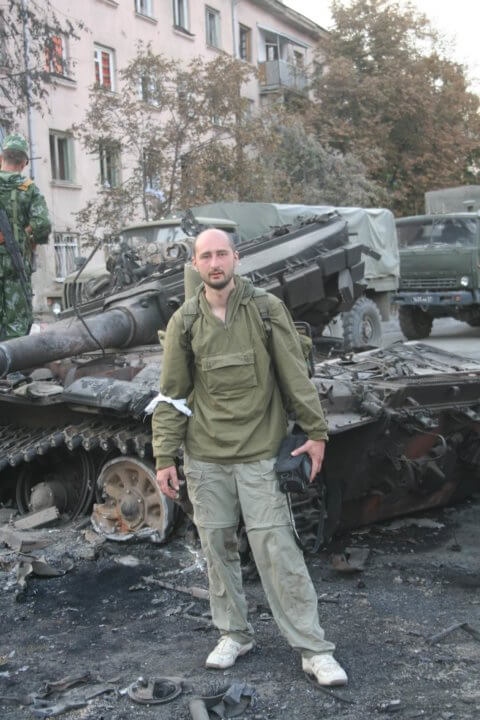 ARTICLE 19 welcomes the news that Russian journalist Arkadiy Babchenko who was reported killed in Kyiv on 29 May 2018 is alive and well. However, we are concerned by the approach of the Ukrainian police in staging his death in an apparent attempt to catch the perpetrator, which we believe undermines already limited public trust in the authorities. The killing of journalists with impunity is an ongoing issue in Ukraine, and this bizarre approach by the Ukrainian authorities risks causing potential further pain to the families of murdered journalists. If Ukrainian authorities are serious about ending attacks on journalists, we urge them to address ongoing impunity in the cases of murdered journalists Pavel Sheremet  and Oles Buzina, and previous cases and take efficient steps to end harassment and attacks against journalists in the country, whoever the perpetrator.

Babchenko has been known for his critical reporting on Russian involvement in the armed-conflict in Eastern Ukraine, the Russian annexation of Crimea and Russian intervention in Syria. Following his appearance at a press conference on 30 May confirming he had been part of the staged murder, Ukrainian security services stated that they had caught both the person who had ordered the attack and the person hired to carry it out, blaming the Russian state for involvement. We urge that any ongoing investigation into the alleged assassination plot is carried out in full compliance with international standards and those responsible are brought to justice in full compliance with the right to a fair trial.

The issue of threats and attacks against journalists in Ukraine is a major threat to freedom of expression in the country, which the government has failed to address.[1] Sheremet, a journalist working for online investigative newspapers Ukrayinska Pravda and Radio Vesti, was killed in a car explosion on 20 July 2016. He was well known for his criticism of the authorities and for raising human rights issues in his work. Buzina, a TV presenter and former editor-in-chief of the Russian language Kyiv-based newspaper Segodnia, was gunned down on 16 April 2015 by an unknown gunman. Buzina was a controversial figure in Ukraine, known for his support for Russian activities in Crimea and the East of Ukraine. A number of other journalists have also faced threats and attacks, often from police and public officials.

2016 Statistics from the Prosecutor General’s office show that although 141 cases of alleged crimes against journalists were reported to the police, there were only court proceedings in 31 cases, including relating to alleged crimes registered with law-enforcement in previous years. As we await details of the arrests made following the staging, we urge the Ukrainian authorities to dedicate their resources to properly investigating attacks on all journalists who have been threated, attacked or killed with impunity in the country, and to instituting legal and practical measures to better protect journalists in their work.