Compared to the height of Ukraine’s political crisis in 2014, respect for freedom of expression has  improved. However, journalists continue to be attacked and murdered with impunity. Issues of media plurality persist where processes of privatising state-owned media outlets are delayed and a handful of oligarchs continue to dominate. National security concerns are frequently invoked to justify censorship, including the ongoing blocking of several Russian television channels and social media platforms. In 2017, President President Petro Poroshenko approved an Information Security Doctrine, allegedly aimed at preventing propaganda of or incitement to war, national and religious hatred. Lacking specifics, it is feared that  this initiative may lead to extra-judicial blocking of online content, on illegitimate and arbitrary grounds. NGOs and journalists working on anti-corruption face harassment and stigmatisation, including new restrictive legislation.

ARTICLE 19 monitors violations of freedom of expression in Ukraine and raises egregious violations to international fora such as the United Nations. Working with partners, we submit Universal Periodical Reviews to the UN Human Right Council. 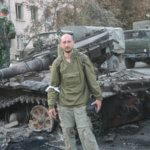 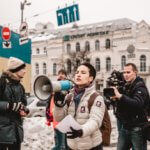 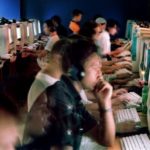 Ukraine: Blocking of Russian social media sites is a severe form of censorship 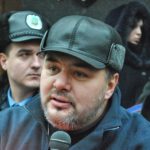 Ukraine: Government must release blogger imprisoned for over a year on treason charges