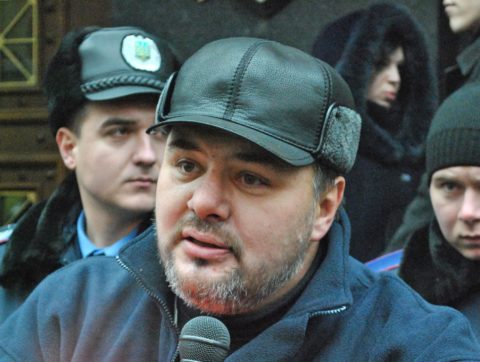 A year after his initial arrest, ARTICLE 19 calls upon the Government of Ukraine to immediately and unconditionally release Ruslan Kotsaba, a Ukrainian journalist and blogger detained since February 2015 on charges of treason and obstructing the work of the armed forces.

“The ongoing detention of Mr Kotsaba is a violation of freedom of expression. Worryingly, the government seems to be applying treason and espionage charges as means of suppressing expression, with which they do not agree. This sets a worrying precedent, casting a chilling effect on freedom of expression and undermining the country’s democratic aspirations,” said Katie Morris, Head of Europe and Central Asia Programme at ARTICLE 19.

Ruslan Kotsaba was arrested by Ukraine’s Security Service in Ivano-Frankivsk (western Ukraine), on 7 February 2015, after he published a video on YouTube, in which he criticised the armed conflict in Eastern Ukraine as a ‘fratricidal civil war’. In the video, he also called upon Ukrainians to reject military conscription to fight in the conflict, arguing that conscription violates Ukrainian legislation given that the government has not officially declared a state of war.

He has been held in pre-trial detention since his arrest, with no date set for the trial. During pre-trial hearings, the prosecution has publicly criticised Kotsaba for working with Russian state media and contributing to anti-Ukrainian propaganda.

International Standards on Freedom of Expression and National Security

Ukraine is a signatory of both the International Covenant on Civil and Political Rights and the European Convention on Human Rights, both of which oblige the Government to protect and promote freedom of expression. The treaties allow for the restriction of freedom of expression to protect national security; however, the government must demonstrate that the restriction is prescribed by law and is necessary in a democratic society to protect a legitimate national security interest.

Kotsaba’s video clearly does not meet the high threshold established in international law to qualify as prohibited speech. During the video, he expressed an opinion and did not incite others to violence. The decision to prosecute him therefore appears to be an attempt to silence legitimate expression that is considered undesirable by the Ukrainian state.

Human rights must be respected for everyone – regardless of their political position and opinions. The post-Maidan government in Ukraine has taken several initiatives to protect human rights and promote a more democratic path for the country; however, it must demonstrate its commitment to the universality of human rights, including a respect for plurality and protection of minority views, even where these are considered abhorrent by many in society. The ability to protect such views is a basic principle of human rights.

ARTICLE 19 therefore calls upon the Ukrainian government to immediately release Ruslan Kotsaba and drop all charges against him.