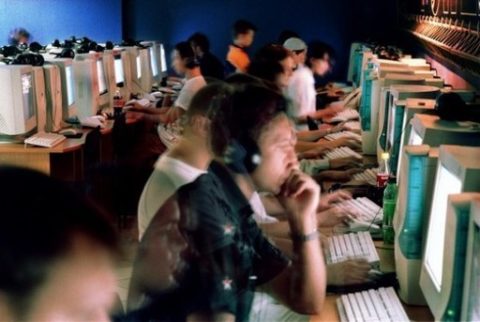 ARTICLE 19 condemns the decision by Ukrainian President Poroshenko to block access to some of Russia’s largest internet companies and social media sites, including Yandex, Mail.ru, VKontakte and Odnoclassniki. According to Presidential Decree 133 which came into force on 15 May 2017, Ukrainian internet service providers will be required to block access to these sites for a period of three years.

“The decision to block access to social networking sites is a serious violation of the right to freedom of expression,” said Katie Morris, Head of Europe and Central Asia for ARTICLE 19. “Website blocking is a severe form of censorship: it catches legitimate content at the same time as content that may be legitimately prohibited. In this case, blanket blocking of some of the most popular sites within Ukraine will inevitably result in unnecessary and unjustifiable restriction on freedom of expression, affecting millions of people within Ukraine.”

The new decree replaces existing legislation brought into effect on 17 October 2016 imposing sanctions on 682 individuals and 271 companies linked to Russia and restricting their activities. Sanctions were first imposed in September 2015 in reaction to the annexation of Crimea and Russia’s military support of separatist groups in Ukraine’s Donbas region. The new list published on the Ukrainian government’s website today includes a further 1228 individuals and 468 legal entities in Russia, Crimea, and the separatist-held parts of Donetsk and Luhansk regions.

The websites blocked by Poroshenko’s new decree are in the top ten most popular websites in Ukraine.  According to statistics provided by SimilarWeb, 17.55% of unique visits to VKontakte and 15.15% to Odnoklassniki come from within Ukraine. Yandex.ua, a search provider and e-mail client and the fifth largest website in Ukraine, received 215 million visits over the past six months. The new decree also blocks a number of Russian television channels and the sites of Russian antivirus providers, Kaspersky Laboratory and DrWeb.

In February 2017, the adviser to the head of the Ministry of Internal Affairs of Ukraine, Zoryan Shkiryak, stated that Russian social networks should be blocked in order to stop Russian propaganda. Decree 133 effectively legalises this process in Ukraine.

“Ukraine is undoubtedly facing grave threats to its national security; however, it is hard to see how indiscriminately restricting access to legitimate content will improve the situation,” said Katie Morris. “On the contrary, it prevents the free flow of information about issues related to the conflict, undermining Ukraine’s democratic development.”

Blocking of online content can only ever be compatible with international standards on freedom of expression under very specific circumstances. As outlined in ARTICLE 19’s policy on blocking and filtering of online content, States are obliged to observe the following standards:

1)      Blanket filtering must be prohibited by law;

2)      Filtering should be user-controlled and transparent;

3)      Any requirement to block content must be provided by law;

4)      Blocking should only be ordered by an independent and impartial court or adjudicatory body;

5)      Blocking orders must be strictly proportionate to the aim pursued.

Ukraine is only rated ‘Partly Free’ in Freedom House’s Freedom on the Net 2016 report with internet freedom declining since the conflict began in 2014 due to increasing arrests of netizens for expressing ‘separatist views’ on social media and the barring of users in the Donbas region from accessing dozens of blocked sites within Ukraine. Over the past three years, Ukraine has continued to undermine user rights online and fostered an environment of self-censorship with the authorities becoming less and less tolerant of online expression perceived as critical of Ukraine’s position in the conflict.

This is not the first time that Ukrainian authorities have attempted to pressure ISPs to introduce selective blocking of websites containing “separatist” or “terrorist” content and in requiring blocking by law, Presidential decree 133 represents a worrying development in this trend. Internet service providers have previously refused wholesale blocking and insisted that court orders must be provided in each case in order for a website to be blocked or taken down and it is hoped that this resistance will continue in this case.

ARTICLE 19 is concerned that the decision to block social networking sites in Ukraine will stop the free flow of information and further curtail freedom of expression in an environment where restrictions are increasingly common. ARTICLE 19 reiterates its call to the Ukrainian government to refrain from blocking access to entire platforms, which contain perfectly legitimate online content. Any blocking decision must take due account of its potential impact on the right to freedom of expression.

The Ukrainian authorities should: