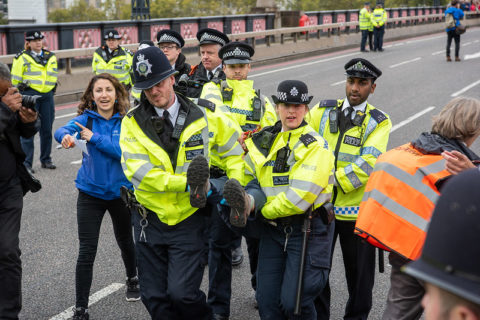 In a briefing published today, ARTICLE 19 has expressed concerns about a series of attacks on freedom of expression in the UK, which put the protection of this vital right under threat.

Recent incidents include plans to scrap the BBC licence fee, the closing down of protests and the exclusion of political journalists at a briefing by one of the Prime Minister’s aides.

ARTICLE 19 believes that these incidents are part of a broader trend of declining free speech in countries like the UK, that have traditionally stood for its protection.

Warning of the impact of these developments, acting Executive Director of ARTICLE 19 Quinn McKew said:

“Recent events in the UK follow a pattern that we have seen elsewhere, where countries with a traditionally strong commitment to freedom of expression are adopting practices that we would normally associate with authoritarian regimes.

“As the UK prepares for a future outside of the European Union, it is vital that the Government is clear about their stance on human rights and commitment to democracy, fairness and transparency.

“These attacks on the environment for freedom of speech should not be dismissed as individual incidents but a trend that could lead to a decline in freedom of expression in the UK.

“We urge the UK Government to take action and protect all of our rights.”

The briefing highlights four key areas where freedom of expression is under threat:

Media: Media freedom is being undermined by politically motivated tactics for self-preservation, support for legislation that could restrict investigative journalism and a failure to protect journalists.

Protest: The right to protest is being threatened by unlawful restrictions on demonstrations, disproportionate sentencing of activists and intrusive surveillance.

Online speech: Tech companies are being pressured into removing legal content and undermining the privacy, freedom of speech and security of their users.

ARTICLE 19 is also concerned about potential threats to human rights in the UK based on promises in the Conservative Party’s election manifesto to ‘update’ the Human Rights Act 1998 and reform judicial review. We will also be monitoring changes to the judiciary, particularly as the new Attorney General, Suella Braverman MP, has previously criticised the HRA and recently said that the UK’s “Parliament must retrieve power ceded to another place – the courts”.

Read the briefing into freedom of expression in the UK.