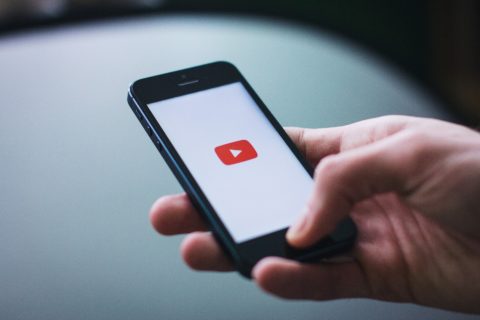 Image by StockSnap on Pixabay

(Istanbul, December 18, 2020) YouTube announced on December 16, 2020 that it will appoint a local representative in Turkey to comply with the country’s recently amended internet law, making it much more susceptible to content removal and take-down requests by the Turkish authorities, ARTICLE 19, Human Rights Watch, and İFÖD said today.  Such a move will inevitably lead to an increase in arbitrary censorship, compromise people’s privacy and right of access to information, and could implicate YouTube in human rights violations.

The decision also sets a dangerous precedent that makes it harder for other tech companies to refuse to appoint a local representative in Turkey, and more difficult for YouTube and other companies to refuse to appoint local representatives in countries around the world with weak rule of law frameworks and equally problematic legislation that may require it. Rather than cooperate with this form of state interference with freedom of expression, YouTube should be a partner in efforts to challenge the law and champion the right to free speech.

“The main social media companies quite rightly have so far chosen not to comply with this draconian law, which facilitates censorship,” said Hugh Williamson, Europe and Central Asia director at Human Rights Watch. “YouTube’s decision to comply with the requirement to set up a local representative in the belief that it will be possible to ride out the storm and hold out against a flood of take-down requests is deeply misguided and blinkered to the deplorable climate for free speech in Turkey.”

In reaching its decision, YouTube had little to no consultation with the main civil society groups working on free expression related issues in Turkey. But its announcement stated that it would “continue to preserve the platform’s vibrance and openness,” and that the company’s appointment of a local representative “will not change how YouTube reviews content removal requests, nor will it change how YouTube handles or holds user data.” Google directed ARTICLE 19 and Human Rights Watch to YouTube’s official statement.

The announcement is deeply disappointing and troubling, reflecting as it does the company’s failure to understand the existing threats and violations to freedom of expression in Turkey and how this will facilitate further erosion of that right, the organizations said. Critical expression is routinely censored in Turkey and far-reaching executive influence over courts means that the judiciary rarely protects free speech.

The changes to Turkey’s Internet Law in July oblige companies to appoint a local representative or face the threat of advertising bans and subsequently bandwidth reduction of a company’s platforms, potentially leaving them unusable. However, the appointment of a representative in adherence to the law brings with it the obligation to comply with unjustified and politically motivated take-down and content removal requests by the Turkish authorities.

Social media companies are well aware of the enormous number of such requests Turkey currently makes in violation of the right to freedom of expression and information. According to research carried out by İFÖD’s EngelliWeb initiative, by the end of 2019, Turkey had blocked access to 408,494 websites, 130,000 URLs, 7,000 Twitter accounts, 40,000 tweets, 10,000 YouTube videos, and 6,200 pieces of Facebook content. For this reason, Turkey cannot be considered a safe operating environment, for YouTube’s own staff or for the platform’s users.

“In the absence of due process and an independent judiciary, including functioning democratic institutions such as the Constitutional Court, it will be impossible for YouTube or any social media platform to protect the rights of users in Turkey as they will become the long arm of the Turkish state,” said Yaman Akdeniz, one of the founders of İFÖD, the Turkish Freedom of Expression Association.

ARTICLE 19 and Human Rights Watch have both said that the establishment of local representatives for tech companies in some other countries can help them navigate and better understand the different contexts in which they operate. However, this depends on the existence of a legal environment in which it is possible to challenge unfair removal requests before independent courts.

The fragile rule of law context and hostile environment in Turkey means that YouTube or other companies will find it very difficult if not impossible to resist unfair removal requests or requests for data and that they will be unable to successfully challenge these requests through the courts. Firms that decide to move into hostile environments find that this can seriously backfire and the companies can become implicated in human rights abuses, as has been demonstrated by Facebook and Google’s involvement in Vietnam.

“The tech companies should not bow to this pressure or enter into behind-closed-doors agreements with the authorities,” said Sarah Clarke, Head of Europe and Central Asia at ARTICLE 19. “As long as the environment for freedom of expression and the rule of law is this hostile in Turkey, other social media platforms should continue not to comply with the amendments to the Internet law.”

ARTICLE 19, Human Rights Watch, and İFÖD call on YouTube to:

ARTICLE 19, Human Rights Watch, and İFÖD continue to urge the Turkish government to repeal the new law, which will negatively affect millions of users of social media platforms in Turkey. They urge other tech companies, including Facebook, Twitter, LinkedIn, and TikTok, to continue to hold the line against compliance  to protect the freedom of expression of their users in Turkey.