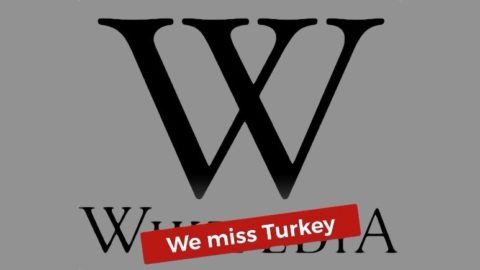 ARTICLE 19 together with human rights organisations: P24, ARTICOLO 21, Initiative for Freedom of Expression, Norwegian PEN, European Centre for Press and Media Freedom, PEN International and the International Press Institute (IPI) strongly condemn the ban as part of the Turkish government’s relentless campaign to silence independent media and restrict internet freedoms in the country. We call for the government to end its crackdown on free speech – both online and offline.

On 29 April 2017, the Turkish government banned access to all language versions of the Wikipedia website under Turkish law No. 5651, otherwise known as the Internet Act, which provides measures for online restrictions and blockings in the face of threats to national security. The Turkish authorities reported that they imposed the ban after Wikipedia refused to take down an article alleging Turkish government support for terrorist groups in Syria.

The ban shows the level of internet and media censorship in Turkey, and it is by no means an isolated event. Access to many websites and platforms, including Twitter, Youtube and Facebook, have been blocked or temporarily restricted for many years on authorities’ pretence of protecting against security threats. According to Twitter reports, Turkey makes more requests for content removal on the platform than any other country in the world.

Despite numerous calls and appeals by civil society groups and Wikipedia itself, there is no sign of the ban being overturned. The Wikimedia Foundation filed an appeal to the constitutional court against the ban on Wikipedia in May 2017 but has received no response so far.

In addition to pursuing legal action in Turkish courts to lift the block, the Wikimedia Foundation launched their ‘We miss Turkey campaign’ in March 2018, and is relaunching the campaign this year on Twitter and Instagram. The campaign calls for the block to be removed and for people around the world to share how the block on Turkey has impacted them.

But the Turkish government has gone so far as to cease releasing data concerning internet trials and bans. The authorities argued that the data was harming Turkey’s international reputation.

We, the undersigned organisations, call on the Turkish authorities to lift the ban on Wikipedia and other websites that are restricted under laws inconsistent with international human rights standards. Furthermore, we condemn the government’s relentless crackdown on independent media, criminalising of journalism and incessant curtailing of human rights in the country.

Initiative for Freedom of Expression