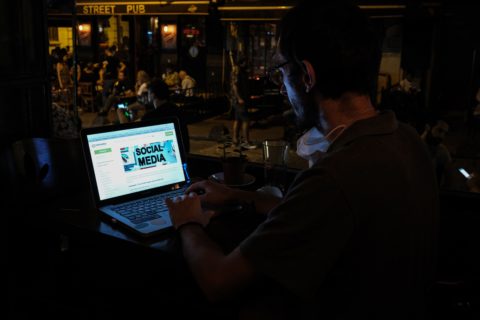 A man reads news about social media at a cafe in Istanbul, Turkey, 29 July 2020. Turkey's Parliament has passed a controversial bill which gives the government control of social media. Photo by SEDAT SUNA/EPA-EFE/Shutterstock

ARTICLE 19 has warned that a new Internet law in Turkey will threaten freedom of expression online and increase censorship in Turkey. The amendments to Turkey’s existing Internet law have been rushed through parliament and are likely to be passed this week.

“The Turkish Government is attempting to blackmail tech companies into accepting their proposals. They face either becoming the long arm of the state censorship or having access to their platforms slowed so much that they are in effect blocked in Turkey.

“These proposals are particularly dangerous given the erosion of the rule of law in Turkey under the current government. Tech companies cannot rely on the courts to challenge blocking decisions or requests for user data.

“The government claims this law is needed to protect personal rights, national security and public order. In reality, it will be used to censor critical voices and put individuals who speak out against the government at greater risk of criminal sanctions.

“There has been no consultation with either tech companies or civil society over the proposals. We call on the authorities to withdraw this bill but if they don’t, we urge the affected tech companies to speak out and oppose this attempt at blackmail.”

The proposals will amend Law No. 5651 Regulation of publications on the internet and suppression of crimes committed by means of such publication. The new law will: