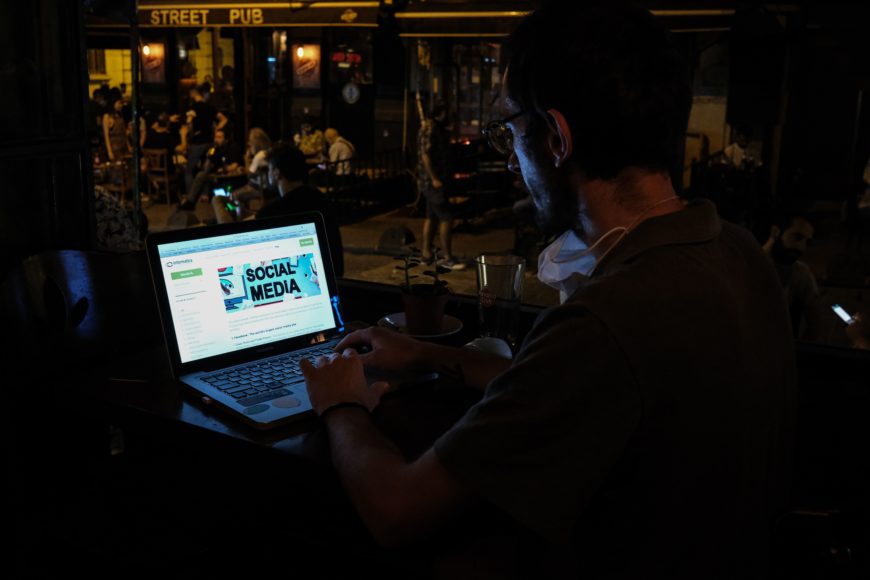 A man reads news about social media at a cafe in Istanbul, Turkey, 29 July 2020. Turkey's Parliament has passed a controversial bill which gives the government control of social media. Photo by SEDAT SUNA/EPA-EFE/Shutterstock

ARTICLE 19 has submitted public comments to the Facebook Oversight Board in a case concerning the removal of an Instagram post featuring a picture of Abdullah Ocalan, one of the founders of the Kurdistan Workers’ Party (PKK). Facebook said the image violated its Dangerous Individuals and Organizations Community Standards. In our submission, we highlight that Facebook’s community standards should allow for public debate on national security issues. ARTICLE 19 identifies a number of other issues with Facebook’s policy in this area and draws attention to relevant international standards and case-law on incitement to terrorism.

The case concerns the removal of content posted by an Instagram user in the United States in January 2021 featuring an image of Abdullah Ocalan, one of the founder members of the Kurdistan Workers’ Party (PKK). The image included the words “y’all ready for this conversation” and the user’s comment underneath the post that it was time to talk about ending Ocalan’s isolation in prison in Imrali Island.

Facebook removed the post under its Community Guidelines on Dangerous Individuals and Organizations, which states that Facebook prohibits any support or praise for groups, leaders or individuals involved in terrorist activity or other serious crimes committed by these groups. The PKK has been designated a terrorist organisation by multiple countries, including Turkey, the United States and the EU. The user appealed the removal decision.

On 21 April, the Facebook Oversight Board communicated the case and invited public comments that address the following questions:

In the submission, ARTICLE 19 addresses questions 1, 2, 4 and 5 posed by the Oversight Board.

We highlight that any restriction on freedom of expression on Facebook should be guided by the universal language of human rights and argue that there is a significant difference between the human rights approach to ‘terrorist content’ and the Facebook community standards that seem to overly focus on speakers or organisations.

In our view, the Facebook Dangerous Individuals and Organizations Community Standards also fail to make allowance for public debate on those individuals or groups. ARTICLE 19 believes that a democratic society should enable or at least tolerate discussions about dangerous individuals or organisations that are of interest to the public as long as it does not involve incitement to commit terrorist acts. Whether or not content is likely to incite violence or terrorist activity and therefore ought to be removed will often depend on the context in which the comment was made, including the political and social situation offline, who made the comment, their intent and likely reach, the words chosen to make that comment and if those comments were made at a particularly sensitive time.

In the case at hand, there is a significant difference between discussing the prison conditions of a convicted terrorist, i.e. a matter which is clearly in the public interest and is in any event unrelated to the terrorist’s past terrorist activity, and inciting or even justifying violent acts.

Facebook’s Community Standards on Dangerous Individuals and Organizations also remain highly opaque as it is often unclear how those standards are applied or what use is made of dangerousness as a criterion and how it is defined. Moreover, the list of proscribed organisations or individuals by reference to Facebook’s community standards is not publicly available.