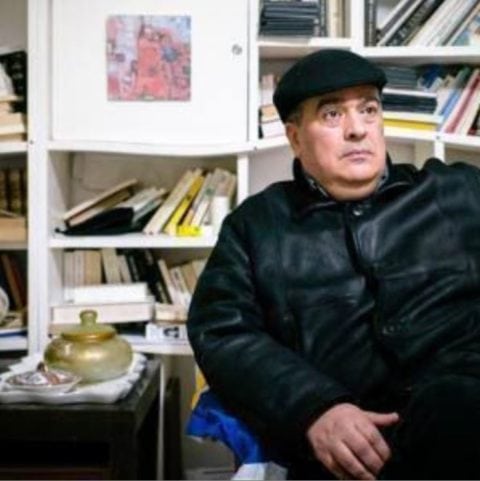 ARTICLE 19 strongly condemns the imprisonment of Tunisian journalist and writer Tawfik Ben Brik on charges of insult and defamation of public officials, based on his appearance on a TV program during the last presidential elections in the summer of 2019,  after which some judges accused him of an attack on their reputation and dignity.

During the TV appearance, broadcast on 1 October 2019, Ben Brik stated that the judiciary had been manipulated for political ends after the decision not to presidential candidate and head of the Qalb Tounes Party, Nabil Karoui. He also accused some judges of corruption.

Ben Brik was subsequently charged and sentenced to two years imprisonment under the Penal Code. On 23 July 2020 Ben Brik’s appeal against the sentence was rejected, but his sentence was reduced from two years to one year with immediate effect. Ben Brik was then taken to the Mornaguia prison in Tunis.

The imprisonment of a journalist for commenting on political issues or ‘insulting’ public officials is a flagrant violation of the right to freedom of expression.  The ruling itself was also marred by several legal violations. The ruling was based on the Penal Code with the aim of imposing a custodial sentence. However, the Court failed to consider Decree law No. 115 of 2011 on freedom of the press, printing and publishing, Article 55 of which establishes fines as the correct penalties for cases of defamation and insult.

The decree applies to all cases of defamation without any discrimination on the basis of the status of the speaker, the means of expression, or the target. The ruling is also incompatible with a recent ruling issued by the First-Instance Court of Manouba on 14 May  2020, which considered that Decree No. 115 of 2011 abrogated all previous provisions that contradict it, including those crimes related to the expression of opinions and ideas contained in the Penal Code, and that the philosophy of the decree is to decrease custodial penalties and to be often limited to financial sanctions.

The sentence is incompatible with the commitments of the Tunisian government, which supported a new resolution on freedom of expression and opinion adopted unanimously at the Human Rights Council on 16 June 2020. The resolution called on all states to “refrain from using prison sentences or fines in a manner that is not commensurate with the seriousness of the crime when it comes to crimes related to media. »[1] It is also incompatible with Tunisia’s obligations to protect freedom of expression under international human rights law. International standards on free expression call for the decriminalisation of defamation, and repeal of offences criminalising insult of state institutions and officials.

ARTICLE 19 emphasizes the importance of freedom of expression in democratic societies, especially when it comes to political discussions, given that this is related to the spirit of democracy and its role in exposing wrongdoing by public authorities. The imprisonment of a journalist for expressing his views on the judiciary and political candidates in the context of an election is contrary to the fundamentals of free speech and democracy.ARTICLE 19 joins fellow civil society organizations and journalistic and trade union organizations in calling for the immediate release of Tawfiq Ben Brik and an end to the prosecution of journalists, bloggers and others for expression. It also calls on the judiciary to respect the provisions of the Tunisian constitution and to avoid the selective application of laws in issues related to the right to freedom of expression by being limited to the application of the provisions of Decree No. 115 of 2011 on freedom of the press, printing and publishing.