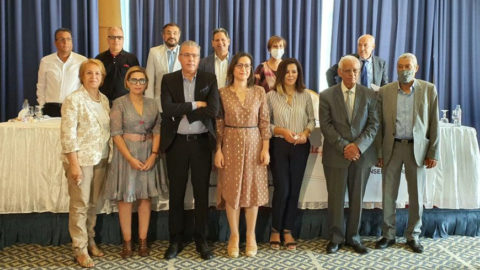 ARTICLE 19 welcomes today’s announcement of the creation of the Press Council of Tunisia, the first independent press council in the MENA region. The creation of the Council marks a milestone in Tunisia’s reform process since the 2011 revolution, and it will play a vital role in safeguarding press freedom and promoting protection of the right to free expression in the country.

“Today marks a milestone achievement in Tunisia’s efforts towards reform. After nearly a decade of effort from civil society, journalists and media outlets, we are delighted to see such a significant step towards protecting and promoting press freedom in Tunisia.

However, the creation of the Press Council takes place amid a rise in the spread of fake news and infringement of journalistic ethics. It is vital that the Council is able to perform its role in promoting journalistic ethics and enabling the full enjoyment of the public’s right to information, through the promotion of press freedom in Tunisia.”

ARTICLE 19 has worked closely with media outlets, journalists and others since 2011 in facilitating dialogue on the Council’s development and advising on international standards and best practices in media regulation.

The Press Council will play the role of Court of honour for journalists and seek to defend press freedom, guarantee the public’s right to information, adopt good journalistic practices, and to strengthen the principle of “self-regulation” and journalistic ethics among journalists and media institutions in Tunisia.

The press council is a tripartite composition bringing together representatives of journalists, media owners and civil society. The members of the Press Council were nominated by the National Syndicate of Tunisian Journalists, the Newspaper Directors Association, the General Communication Syndicate affiliated to the Tunisian General Labor Union (Central Syndicate), the Tunisian Syndicate of Press Institutions’ Directors, and the Tunisian League for Human Rights which represents the general public.

ARTICLE 19 will continue to work with civil society and media actors in Tunisia to promote the success of the Council.