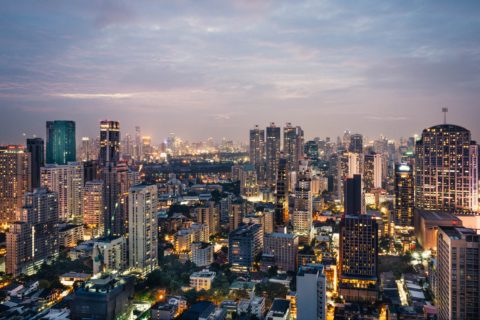 The conviction and sentencing of a 65-year-old woman said to have insulted the Thai monarchy is a shocking attack on human rights, said ARTICLE 19. The Thai government should reverse course and end a recent surge in the use of Thailand’s draconian lèse-majesté provision to target peaceful protesters and those expressing critical opinions.

On 19 January, the Bangkok Criminal Court convicted Anchan Preelert, a retired civil servant, to 87 years’ imprisonment under Thailand’s draconian lèse-majesté provision, codified in Section 112 of the Thai Criminal Code. The provision provides for up to 15 years’ imprisonment for each offence. Anchan was accused of re-posting 29 video clips and posts concerning the monarchy on YouTube and Facebook. The Court reduced the sentence to 43-and-a-half years after she acknowledged her guilt.

“In recent weeks, the Thai government has launched numerous new investigations against perceived critics of the monarchy and has moved quickly to conclude cases that have laid dormant for several years,” said ARTICLE 19. “The authorities’ renewed enthusiasm for lèse-majesté cases marks a dark turn in an already disturbing crackdown on freedom of expression in Thailand.”

Anchan was arrested in 2015 and subsequently interrogated by military officers and officials from the Department of Special Investigation (DSI). Her case, one of scores of lèse-majesté cases launched in the wake of a 2014 military coup, was initially brought before a military court, where it was tried behind closed doors. Anchan was held in pre-trial detention for 3 years and 9 months and was granted bail in November 2018 after her case was transferred to the Criminal Court.

Another twelve individuals were charged in related cases—including for posting videos later re-posted by Anchan—and tried separately. These twelve were convicted in 2015 and sentenced to up to six years’ imprisonment. They have all already been released from prison.

Anchan’s 87-year sentence breaks the record for the longest prison sentence handed out under Section 112. In 2015, military courts sentenced Tiansutham (surname withheld) to 50 years’ imprisonment and Sasivimol (surname withheld) to 56 years’ imprisonment in relation to Facebook posts allegedly insulting the monarchy. The sentences of both defendants were halved after acknowledging guilt.

Anchan is the second individual convicted of a lèse-majesté offence in 2021. On 18 January, Bangkok’s Criminal Court sentenced Sirapop Korn-arut, a poet and cartoonist, to 4-and-a-half years’ imprisonment for violations of Section 112 of the Penal Code and the Computer Crimes Act. He was immediately released because he had already spent four years and eleven months in detention.

The conviction and sentencing of Anchan follows the initiation of a new wave of lèse-majesté cases. In November of last year, Thai authorities lifted a de facto moratorium on the use of Article 112 that had been in place for nearly three years. Over the past three months, authorities have opened investigations against more than 50 individuals in relation to alleged lèse-majesté offences. Many of those caught up in these cases have been leaders or participants in a youth-led protest movement that upended the Thai political landscape in 2020. The day after Anchan’s conviction, the Digital Economy and Society Ministry filed a lèse-majesté complaint against Thanatorn Juangroonruangkit, leader of the now-dissolved Future Forward Party, after he criticised the government for its over-reliance on a company owned by the Crown Property Bureau in its vaccination distribution scheme.

These new cases, as well as the sentencing of Anchan and Sirapop—both charged in the post-coup wave of cases—signal a dangerous escalation in the Thai authorities’ crackdown on dissent and criticism of the monarchy.

UN experts have repeatedly condemned the use of Section 112 and the heavy penalties handed down for lèse-majesté offences. In 2017, David Kaye, the former UN Special Rapporteur on the promotion of freedom of opinion and expression called on Thailand to stop using the lèse-majesté provision, stating that it is incompatible with international human rights law and has ‘no place in a democratic country’. In December 2020, Ravina Shamdasani, an OHCHR spokesperson, raised concerns about the Thai government’s use of lèse-majesté charges against participants in the protest movement, including children. Eight countries called on the Thai government to repeal, amend, or discontinue the use of the lèse-majesté provision during Thailand’s 2016 Universal Periodic Review.

The Thai government should immediately end all criminal proceedings under Section 112 of the Penal Code and immediately and unconditionally release all those imprisoned on lèse-majesté charges. Additionally, the Thai government should repeal Section 112 in its entirety, initiate a process of reform to bring Thailand’s legal framework into line with international human rights law, and take steps to ensure that Thai people are able to enjoy the right to freedom of expression in practice.

“Thai authorities continue to employ Section 112 in an attempt to control discourse in Thailand,” said ARTICLE 19. “The cruel penalties imposed on Anchan and others are further proof that Section 112 must be repealed immediately.”