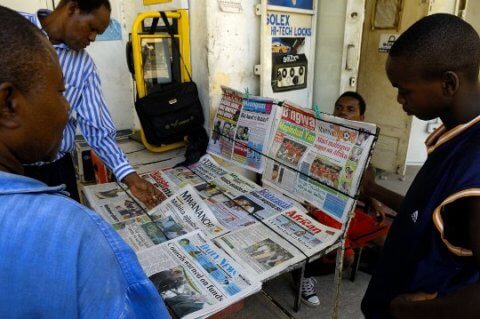 ARTICLE 19 and the Tanzania Human Rights Defenders Coalition (THRDC) have submitted a Universal Periodic Review (UPR) report on the situation of freedom of expression in Tanzania. Our report highlights how Tanzania’s legal framework contains a wide array of disproportionate and vague offenses which continues to critically undermine the right to freedom of expression. We also document a drastic deterioration in press freedom, characterised by frequent shutdown of media outlets and harassment of journalists.

The UPR is a mechanism of the UN Human Rights Council through which the human rights’ record of each and every UN Member State is peer-reviewed by all other Member States. It is a cyclical process, with every State undergoing substantive review around every five years. Tanzania will undergo its third review at the 39th Session of the Working Group of the UPR in October or November 2021.

In our submission, we highlight concerns relating to the right to freedom of expression and information in several key areas:

During the period under review, Tanzania has witnessed a drastic decline in respect to freedom of expression, assembly and association. The rhetorical attacks on these rights by authorities are increasingly accompanied by the implementation of repressive laws and the harassment and arrest of journalists, human rights defenders, opposition members and critics. This environment has led to widespread self-censorship due to fear of reprisals from authorities. With the advent of COVID-19, the situation has only got worse.

ARTICLE 19 details these concerns in detail in the submission and includes proposes concrete recommendations that States must direct to Tanzania during the upcoming UPR.