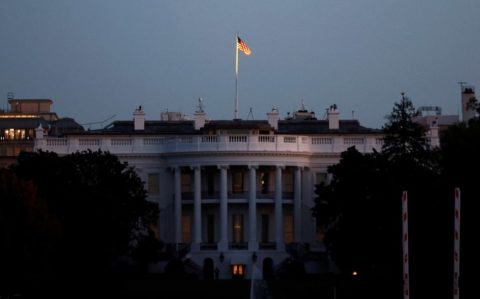 Voting is an act of pure expression.  It is one of the most consequential expressive acts in a persons’ life, when a voice becomes an action, and those actions dictate how we are governed.

It is utterly essential that every vote be counted in the US election, viewed as fundamentally protected by the First Amendment of the US Constitution.

ARTICLE 19’s Executive Director Quinn McKew said: “In response to the alarming statement by the President this morning, ARTICLE 19 believes every vote must be counted.  Anything less is a fundamental breach not only of the trust Americans place in their system of government, but of their First Amendment rights to speech.”

Our Global Expression Report shows how freedom of expression has been steadily eroded around the world over the past decade.  The US has not escaped this decline, and the decline is not an accident.

Those in power know that control of information and people’s voices is absolutely crucial to maintaining power.  Our report and the research by the Varieties of Democracy Index demonstrates how an erosion of expression is a fore-runner to an erosion in electoral democracy.

The US has thought it exceptional to this trend, that the kind of slide away from a rules-based democracy couldn’t happen here.  But there are some hard truths we need to face up to.

This election has seen voter suppression on an unprecedented scale.  Those seeking marginal advantage in voting populations have systematically disenfranchised people.

For example, voters in Florida passed a Constitutional amendment that allows some previously incarcerated people to regain their voting rights, only to have the Governor and State undermine the initiative by requiring these individuals pay any court fines, fees or restitution before they can access this right.

It had not escaped notice of the Republicans in power that those potential new voters were predominantly Black or Latino, who tend to vote Democrat.

Yet  the measures that take away the ability of people to vote through changes in laws were not enough, and not always successful.  So a huge variety of “softer” voter suppression efforts have been used.

These ranged from a massive disinformation campaign online, to the Governor of Texas limiting the number of drop boxes for ballots to one per county (sometimes covering hundreds of square miles), to robo-calls in recent days telling people to “stay safe and stay home” or avoid long lines at the polls by voting on November 4th (a day after the election).

Americans hold the First Amendment sacred, often more so than other rights guaranteed by the Constitution.  While it has not decided voting rights cases on these grounds, the Supreme Court has routinely noted that the right to vote is the right to have a voice in elections.

Should the battleground for the results of the US election shift to the courts, as seems likely, ARTICLE 19 urges the Supreme Court to take this view.

Voting is an act of speech, one of the most consequential forms of speech in democracy, and must enjoy the same protections.