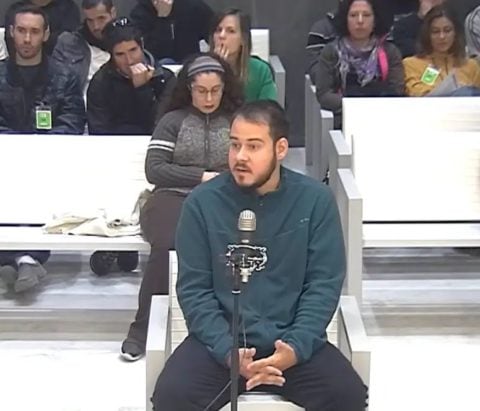 ARTICLE 19 is deeply concerned about the criminal sanctions, recently confirmed by the Supreme Court of Spain, of the rapper Pablo Hásel. Hásel was convicted under provisions on glorification of terrorism and insult of the Crown and the police for posts and a song he shared on Twitter and YouTube. The case demonstrates the urgent need to reform the Penal Code by bringing its provisions in line with international and European standards on the right to freedom of expression, particularly the offences related to terrorism, lèse majesté and insults against public institutions.

On 8 June 2020, the Supreme Court confirmed the conviction of Pablo Hásel, the Spanish rapper, for crimes of glorification of terrorism, insult and defamation  (injurias y calumnias) of public authorities – the Crown and the police. The Court imposed a penalty of nine months and one day of imprisonment along with a high pecuniary fine.

The case was brought against Pablo Hásel for a number of political and artistic posts he posted online between 2014 and 2016. These include tweets in which he criticises the Crown (stating that “the worst part of the monarchy is that those who became millionaires thanks to other people’s poverty, pretend to care about the people”), or the police (“When the police uses its weapons against the oppressors and not against the oppressed, it starts to tell us that it’s an ally”). In the song “Juan Carlos el Bobón”, Hásel criticised the alleged relationship between King Juan Carlos and Saudi Arabia, as well as the use of millions of euros of public funds at the expense of the poor, among other issues.

In its decision, the Supreme Court concluded that these expressions were prone “to provoke violent reactions, undermine the trust upon Spanish democratic institutions, intensify the feeling of disdain and hate against public institutions and lessen the dignity of people.” In particular, it stated that the Twitter posts and the lyrics of his song on YouTube amounted to provocation and risk of violence. The Court also concluded that some expressions against the State and the police cannot be granted protection under the right to freedom of expression, but should instead be categorised as crimes of “hate” and attacks on ‘honour’.

ARTICLE 19 notes that the decision of the Supreme Court and the lower courts go against international and European freedom of expression standards and the jurisprudence of the European Court of Human Rights. These explicitly state that the right to freedom of expression applies not only to information or ideas that are favourably received or regarded as inoffensive but also to information and ideas that “offend, shock or disturb the State or any sector of the population”, and that the right can only be restricted under very narrow circumstances.

ARTICLE 19 has already highlighted the incompatibility of the offences for which Pablo Hásel was convicted with international human rights law and recommends that they should be abolished. Namely:

ARTICLE 19 finds the application of these provisions in Pablo Hásel’s case extremely concerning. We are also concerned by their potential to create a chilling effect on free expression. We urge the Spanish Government to urgently reform the Penal Code and bring it in line with international freedom of expression standards.

For ARTICLE 19 full review of the selected provisions of the Penal Code, see our legal analysis.