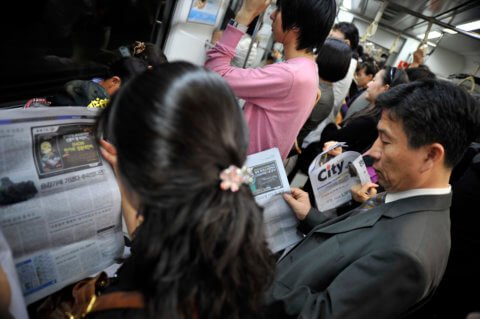 ARTICLE 19 calls on the Republic of Korea to prioritise the repeal of criminal defamation provisions, including those that criminalise the dissemination of true statements. These provisions constitute a grave threat to freedom of expression in South Korea. The Government must ensure that its legislation complies with its obligations under international law and promotes an environment where everyone is free to express their opinions without fear of retaliation.

“South Korea’s criminal defamation provisions threaten all those seeking to speak out about official misconduct or criticise the actions of powerful individuals,” said Thomas Hughes, Executive Director of ARTICLE 19. “The threat of harsh criminal sanctions, especially imprisonment, severely undermines freedom of expression. The Government must repeal criminal law provisions and instead ensure access to civil remedies in line with international law.”

Articles 307-312 of South Korea’s Penal Code describe various “crimes against reputation,” including defamation, defamation through printed materials and insult. The publication of “false factual statements” which damage the reputation of others carries a penalty of up to seven years’ imprisonment and a fine. However, truthful statements can also lead to criminal liability. Individuals who defame others by “publicly alleging facts” face up to three years’ imprisonment. In these cases, the defence of truth is only available to defendants who can demonstrate that their communications were made “solely for the public interest.” Individuals may also face up to a year imprisonment for “publicly insult[ing] another”.

These provisions have frequently been used to charge individuals criticising government officials. Prosecutions have targeted those alleging political interference by the executive branch, reporting on leaked government documents, criticising the government’s response to crises, and commenting on the private lives of public officials. Criminal defamation cases have often ended in acquittals, with courts finding defendants innocent after determining that their communications had been made in the public interest. Nevertheless, the highly visible prosecution of journalists, activists, human rights lawyers and others has had a chilling effect on media reporting, public discourse and other means of exercising the right to freedom of expression.

Other South Korean laws describe reputational crimes similar to those listed in the Penal Code. The Act on Promotion of Information and Communications Network Utilization and Data Protection, etc., sets out penalties for online defamation in a manner that mirror’s the Penal Code’s approach to truthfulness. South Korean electoral legislation includes criminal provisions concerning “candidate slander” and “false election speech” that have been used to stifle criticism of political candidates.

ARTICLE 19 has long held the position that criminal defamation provisions are incompatible with international standards of freedom of expression and should be abolished. It is imperative that governments restrict fundamental rights only when strictly necessary and using the least restrictive means available. The criminalisation of speech, regardless of its content, runs counter to these principles. Experience has shown that criminal defamation provisions have often been used by those in positions of power to limit public debate, stifle criticism and silence those with less influence. Moreover, carefully drafted civil defamation provisions have proven to be adequate to redress reputational harm from the public statements and communications of others.

The possibility of criminal sanctions for the statement of true facts is extremely problematic; dissemination of true statements should never be actionable since one cannot defend a reputation one does not deserve in the first place. This does not necessarily rule out the possibility of action for other purposes, such as protection of privacy.

In all cases, a finding that an impugned statement of fact is substantially true shall absolve the defendant of any liability. In cases involving statements on matters of public concern, the plaintiff or claimant should bear the burden of proving the falsity of any statements or imputations of fact alleged to be defamatory.

Even where a statement of fact on a matter of public concern has been shown to be false, defendants should benefit from a defence of reasonable publication. This defence is established if it is reasonable in all the circumstances for a person in the position of the defendant to have disseminated the material in the manner and form that they did.

In determining whether dissemination was reasonable in the circumstances of a particular case, courts should take into account the importance of freedom of expression with respect to matters of public concern and the right of the public to receive timely information relating to such matters. The defence of reasonable publication should benefit equally any natural or legal person who is regularly or professionally engaged in the collection and dissemination of information to the public via any means of mass communication. However, communicators who are not media professionals should not be held to the same standards of liability as media professionals.

In recent years, a consensus has grown in support of the decriminalisation of defamation. In General Comment 34, the Human Rights Committee urged states to decriminalise defamation and called on those retaining criminal defamation provisions to ensure that they are applied only in “the most serious of cases”, allow for the defense of truth, and do not carry the threat of imprisonment. Human rights courts, international and regional human rights bodies and human rights mandate-holders have similarly called for the repeal and reform of criminal defamation provisions. The Human Rights Council, Human Rights Committee, and UN Special Rapporteur on the promotion and protection of freedom of opinion and expression have all expressed concern at the volume of defamation prosecutions in South Korea and called on the government to consider decriminalising defamation and to ensure that existing criminal law provisions are applied in a manner that is consistent with international law and standards relating to the freedom of expression.

“In South Korea, and other countries around the world, criminal defamation provisions are favoured tools of rich and powerful individuals seeking to silence those who raise concerns about their misdeeds,” said Hughes. “Fortunately, the world is increasingly in agreement that these laws have no place in a democratic society.”

Read the statement in Korean on Open Net Korea