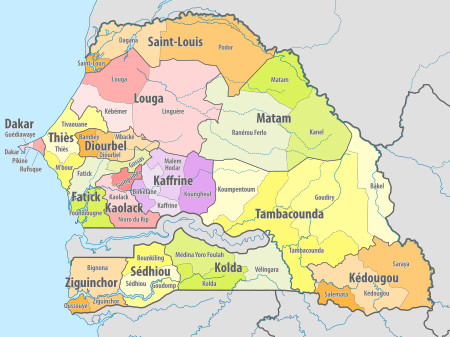 ARTICLE 19 has closely followed the criminal defamation trial of journalist Madiambal Diagne before the Dakar criminal court following a complaint from Judge Ousmane Téliko, President of the Union of Magistrates of Senegal. The court ruled for a sentence of six months’ imprisonment, three of them suspended, and a fine of 600,000 XOF (USD 1,085) on 17 June, 2021.

Madiambal Diagne is the Director of Avenir Communication, publisher of the newspaper le Quotidien. On 29 March 2021, when speaking on the “Grand Jury” program on Radio Futurs Media (RFM), the journalist claimed that a European Union report stated that Judge Souleymane Teliko had improperly claimed mission expenses for accommodation in Chad when those expenses had already been paid by the Chadian government. In response to this accusation, Téliko accused Diagne of defamation.  On 17 June 2021, the Dakar Criminal Court delivered its ruling and convicted Diagne of criminal defamation against Justice Téliko. The six-month prison sentence followed, including a three-month detention period and a fine of 600,000 XOF ($1085). In addition, the journalist will have to pay 5,000,000 XoF (USD 9,046) to Téliko for the damages suffered. The court also ordered him to publish this decision in local newspapers, under penalty of 100,000 XOF (USD 180.86) for each day of delay.

In response to this sentence, Alfred Nkuru Bulakali, Deputy Regional Director of ARTICLE 19 Senegal and West Africa insisted that defamation, libel and similar press offenses should not be criminalised and should remain civil matters.

“Prison sentences against journalist Diagne in this case are disproportionate. They will not only deprive the journalist of his liberty but also the public of the right of access to information. Custodial sentences have a dissuasive and intimidating effect on other journalists, who may opt for self-censorship, fearing judiciary reprisal and prison.

ARTICLE 19 has repeatedly raised concerns against legal provisions of the Senegalese media laws that criminalise press offenses such as libel, and defamation as they threaten freedom of speech and a free press. It is urgent for Senegalese authorities to repeal all these provisions and bring their legislation in line with international standards on freedom of expression and media. Authorities should refrain from applying custodial sanctions against journalists in favour of civil sanctions, which should also be necessary and proportionate as recommended by international human rights bodies. Civil sanctions should further ensure a defence of truth. Senegalese democracy needs laws that can fully guarantee free press,” Bulakali said.

Diagne has appealed the decision, which ARTICLE 19 has encouraged. ARTICLE 19 also calls on the judicial authorities to take into account international freedom of expression standards, especially the decisions of regional human rights bodies and courts when adjudicating on this matter.

Specifically, the Declaration of Principles on Freedom of Expression and Access to Information clearly states that public figures should tolerate more criticism than ordinary citizens and that sanctions for defamation should never be so severe as to interfere with the right to freedom of expression. States are also reminded that custodial sentences for defamation violate the right to freedom of expression and that criminal defamation laws should be repealed.

The African Court of Human and Peoples’ Rights and the Economic Community of West African States (ECOWAS) Court of Justice unequivocally condemned the use of custodial sentences against journalists for defamation and libel.

A case for comparison from Burkino Faso

In the case of Journalist Lohé Issa Konaté v. Burkina Faso the African Court decided  in its  hearing of 15 December 2014 that Burkina Faso violated Article 9 of the African Charter on Human and People’s Rights (the Charter) and Article 66 (22) of the ECOWAS Treaty, as well as Article 19 of the Covenant on Civil and Political Rights (ICCPR) because of the prison sentence handed down to Konaté and the order that he had to pay excessive fine and damages. The African Court ordered Burkina Faso to amend its legislation on defamation to comply with Article 9 of the Charter, Article 66(2) of the ECOWAS Treaty and Article 19 of the ICCPR by repealing custodial sentences and adapting other sanctions to make sure they meet the test of necessity and proportionality.

ARTICLE 19 advocates for governments to end criminalisation of defamation. In the of set of principles developed to guide governments to deal legally with defamation, ARTICLE 19 recommends that prison sentences and any other form of deprivation of liberty, excessive fines, and other harsh penalties should never be available as a sanction for breach of defamation laws.