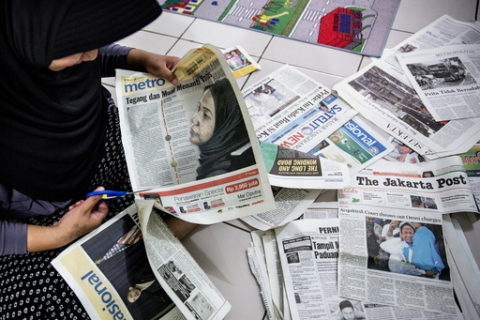 These Principles set out an appropriate balance between the human right to freedom of expression, guaranteed in UN and regional human rights instruments, as well as nearly every national constitution, and the need to protect individual reputations, widely recognised by international human rights instruments and the law in countries around the world. The Principles are based on the premise that, in a democratic society, freedom of expression must be guaranteed and may be subject only to narrowly drawn restrictions which are necessary to protect legitimate interests, including reputations. In particular, they set out standards of respect for freedom of expression to which legal provisions designed to protect reputations should, at a minimum, conform.[1]

These Principles are based on international law and standards, evolving state practice (as reflected, inter alia, in national laws and the judgments of national courts), and the general principles of law recognised by the community of nations. They are the product of a long process of study, analysis and consultation overseen by ARTICLE 19, including a number of national and international seminars and workshops.[2] The first edition of the Principles was finalised following an expert Workshop held from 29 February – 1 March 2000 in London and broad consultation around the draft that emerged from that Workshop. The Revised Principles (the second edition) were developed following a meeting of freedom of expression and media experts on 4 December 2015 in London and subsequent broader public consultations organised by ARTICLE 19.[3]

The scope of these Principles is limited to the question of striking an appropriate balance between freedom of expression and injury to reputation.[4] The term “reputation” is taken to mean the esteem in which a physical person or a legal entity is generally held within a particular community. These Principles should neither be taken as foreclosing. nor as approving restrictions designed to protect other interests – including in such areas as privacy, self-esteem or “hate speech” – which deserve separate treatment.[5]

You will find our revised Defamation Principles here, in English and in French.

The Background Paper that serves as a basis for the update can be found here.

Nothing in the present Principles shall imply that States may not provide greater protection for freedom of expression than set out herein.

These include formal statements on defamation law and freedom of expression in the Ota Platform of Action on Media Law Reform in Nigeria, adopted by participants at the Media Law Reform Workshop, held at Ota, Nigeria, from 16–18 March 1999, and the Declaration Regarding Principles on Freedom of Expression and Defamation, adopted by participants at the International Colloquium on Freedom of Expression and Defamation Law, 15–17 September 1999, Colombo, Sri Lanka.

The list of participants who attended these meetings is included in the Appendix to these Principles.

For the purposes of these Principles, laws which purport, at least at a prima facie level, to strike this balance will be referred to as “defamation laws”, recognising that in different countries these laws go by a variety of other names, including insult, libel, slander, and desacato.

ARTICLE 19 has developed a separate set of principles dealing with the rights to freedom of expression and privacy.

PICTURE: Prita Mulyasari, an Indonesian mother of three, who was jailed after losing a defamation suit in 2009, takes newspaper cuttings about her case. As a result of the case she spent 21 days in Pondok Bambu Women’s Penitentiary before being freed.