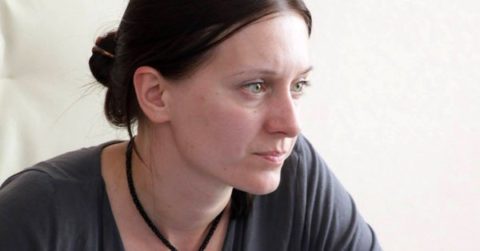 ARTICLE 19 reiterates its call for Russian authorities to drop the terrorism charges brought against Russian journalist Svetlana Prokopyeva. Her trial is scheduled to begin in Pskov on Tuesday, June 16. The hearing, initially scheduled for April, had been postponed due to the coronavirus pandemic.

Svetlana Prokopieva, a Pskov-based reporter for Radio Free Europe and the liberal news radio station Echo of Moscow was charged on 7 of February 2019 because of critical comments she made about Russian authorities in relation to a suicide bombing.

On 7 November 2018, Prokopyeva’s show on the local Ekho Moskvyradio station discussed an October attack in Arkhangelsk, in which a 17-year-old boy detonated a homemade bomb inside a local Federal Security Service (FSB) building, killing himself and injuring several FSB officers. Several minutes before the bombing, the assailant, using a nickname, stated on social media that he was going to commit “an act of terrorism,” and said he was doing so because the “FSB . . . fabricates criminal cases and tortures people.” Prokopyeva said on-air that the bomber was “a teenager who grew up under Putin’s rule” and that “a ‘ruthless state’ had raised someone who saw violence as the only path”.

On 6 February 2019, law enforcement officers searched Prokopyeva’s apartment, seized her computers, phones and files. They detained and interrogated the journalist on charges of “publicly justifying terrorism”. An investigation and a search were also conducted at Radio Ekho Moskvy’s editorial office in Pskov. The following day Prokopyeva and her lawyer were made to sign an agreement that they would not disclose substantive information about the investigation.

On 6 and 7 February, the courts in Pskov fined Ekho Moskvy and the Pskovskaya Lenta Novostei media outlet about 2,000 and 2,700 euros respectively for Prokopyeva’s comments.

If Prokopyeva is prosecuted, she will face up to seven years in prison on charges of “justifying terrorism.”

The charges against Pokopyeva under counter terrorism legislation to criminalise her lawful expression violate international legal standards to protect freedom. In General Comment No. 34, the UN Human Rights Committee underlines that vague concepts such as ‘praising’ ‘glorifying’ or ‘justifying’ terrorism must be clearly defined to be in line with international human rights standards on freedom of expression.

“The case against Svetlana Prokopieva is absurd and must be dropped immediately. It is yet another example of Russia abusing its anti-terrorism legislation to restrict reporting in the public interest and freedom of speech,” said Sarah Clarke, Head of Europe and Central Asia at Article 19. “Russia must stop abusing anti-terrorism legislation to crush political dissent.”

Pokopyeva’s prosecution has attracted criticism in Russia and abroad. On the 10 February 2019 200 people protested in Pskov and the Russian Association of Journalists and Media Workers is collecting signatures calling for her case to be dropped.