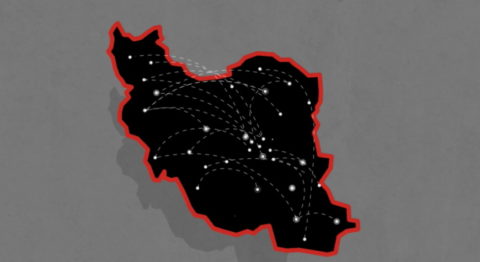 Since the November 2019 protests and the most extensive Internet shutdown in Iran’s history, Iranian authorities have continued to shut down the Internet everytime protests take place across the country.

In 2019, the blackout made it easier for the state to carry out gross human rights violations including attacks on civilians. Amnesty International has documented that at least 304 protesters were killed while one Reuters media report puts the number at over 1500.

These shutdowns continue to disconnect Iran from international media and secure communication and the only national telecommunication methods left available are insecure, censored and surveilled.

On 7 October 2020 ARTICLE19 will launch their latest, and the most extensive, digital rights briefing on the November 2019 Internet shutdowns, ‘Tightening the Net 2020: After Blood and Shutdowns’.

This report takes a close look at the mechanisms, infrastructure, law and policies that led to mass disconnection between 15 to 27 November 2019 and:

Please watch this short animation which explains the significance of our report:

“The state’s complete control over Internet infrastructure enabled shutdowns on the scale of that seen in November 2019. The state monopoly over Internet connections, however, is loosening, as our research maps out,” explains Saloua Ghazouani, Director of ARTICLE 19 MENA.

Regarding our analysis of the Internet decision making process in Iran, Ghazouani adds:

“The ambiguity and lack of transparency is glaring and power holders such as President Hassan Rouhani, his Minister of Information and Communication Technology (ICT) Mohammad-Javad Azari Jahromi and the Supreme Leader continue to distance themselves from the responsibility of shutting down the Internet.”

ARTICLE 19 calls on Iran to conduct an independent and transparent investigation into the shutdown, transparently document Internet governance decision making, prosecute those found responsible for the shutdown, and ensure that access to the Internet is protected at all times, and especially during protests.