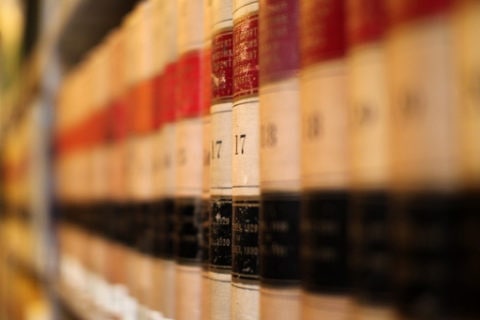 This guest article offers an outline and legal analysis of the recent decision to award $3 million in damages in a defamation case against Rolling Stone magazine and its reporter for the discredited article “A Rape on Campus”.

American free speech jurisprudence, particularly in matters of public concern, has long been the envy of journalists around the world, and for good reason. Over the past year, the actual malice standard of liability has been expanded to offer journalists an extraordinarily high degree of protection for erroneous statements that may damage somebody’s reputation.

Most readers of this blog are familiar with Times v. Sullivan, 376 U.S. 254 (1964) which enunciated the actual malice standard as a matter of constitutional law. That standard had been historically expanded in cases such as St. Amant v. Thompson, 390 U.S. 727, 731 (1968) holding that a “failure to investigate” is not in and of itself evidence of actual malice. Allowing a journalist to escape liability even when they fail to sufficiently fact-check a story is a remarkable license, and allows the maximum amount of “breathing room” for public interest journalism.

Thus, many European journalists were surprised earlier this month, when a jury awarded $3 million in damages against Rolling Stone magazine and its reporter, for publishing a report into rape allegations at the University of Virginia. The report was later retracted when questions were raised regarding the integrity of the reporting.

What European lawyers and journalists should know about the actual malice standard is that while “knowing falsity” is indeed a high standard to prove, American jurisprudence has also allowed juries to infer a reckless disregard for the truth when a fact pattern is laid out showing that the reporter or publication met with so many warning signs of falsity during the course of reporting that they must have known or ignored clear signals that the story was incorrect.

Determining actual malice is a question of scienter: it requires consideration of the journalist’s state of mind, to identify whether they knowingly committed a wrongful act. In Harte-Hanks Communications, Inc. v. Connaughton, 491 U.S. 657 (1989), the Supreme Court of the United States had the opportunity to explain how a series of journalistic blunders can be stacked up to allow a jury to find actual malice. Despite finding no evidence of “knowing falsity,” the Supreme Court acknowledged that in matters turning on state of mind “a plaintiff is entitled to prove the defendant’s state of mind through circumstantial evidence” [Harte-Hanks at 668]. Exercising the doctrine of independent appellate review, the Supreme Court reviewed the individual facts and testimony originally heard by the jury in the lower court, which had determined there was clear and convincing evidence of actual malice. It held that the evidence of the reporting process “when reviewed in its entirety, is unmistakably sufficient to support a finding of actual malice” [Harte-Hanks at 693].

The Rolling Stone case represents one of the rare opportunities in which extremely detailed testimony about failures in the reporting process allowed a jury to find purposeful avoidance of the truth. The story in question, “A Rape on Campus,” was published in Rolling Stone’s Nov. 19, 2014, issue. The story concerned an alleged gang rape of a student pseudonymously identified as “Jackie” at a University of Virginia campus fraternity. The story quickly came under fire when The Washington Post identified severe discrepancies in the reporting.

After a partial correction had been issued, the Columbia School of Journalism led a commissioned investigation; Rolling Stone later retracted the campus rape story in April 2015, and subsequently published Columbia’s report into their journalistic failures in full.

Nicole Eramo, the university’s former associate dean, sued Rolling Stone in May 2015, alleging that the story cast her as the “chief villain” who “silenced” Jackie or “discouraged” her from reporting her alleged gang rape to the police. Eramo sought $7.5 million in damages based on the original story, subsequent statements by the author on a press tour after the initial publication, and the “correction” which did not delete the defamatory statements complained of.

Interestingly, at trial the magazine’s publisher said that it was a mistake to retract the story at all. This may have exacerbated the jury’s damage award.

The interesting question in this case is when so many questions come up in the reporting process that a jury can find that the reporter must have known (not “should have known”) that the story was false. Indeed, this draws the line between mere negligence – which is not sufficient to win a libel case against a public figure or on a matter of public concern – and actual malice, which is the constitutional fault standard in play.

In addition, the reporter did not approach the local police to see if a criminal complaint had been filed. In fact, “Jackie” never filed a police report, although that is not uncommon in rape cases. Further, “Jackie” gave the name of her alleged attacker to the reporter, but that name turned out to have been invented. The reporter never bothered to determine whether any student by his name attended the school.

Although the failure to investigate has long been held as insufficient evidence of actual malice, in the Rolling Stone case, so many failures were stacked upon each other that the jury found that the reporter must have entertained serious doubts or purposefully avoided the truth. On November 7, the jury awarded $2 million in damages against the reporter, and $1 million against Rolling Stone for republishing the libel in a correction that did not retract or delete several of the defamatory allegations made against the plaintiff. As of this time, Rolling Stone has made no statement regarding its appellate options. Rolling Stone has said that it will cover the reporter’s legal expenses and damages award.

It is not hard to see the analog between the fleshed-out evidence of purposeful avoidance of the truth, central to this case, and the rough guidance given to publishers on “responsible journalism” as a defense in cases such as Jameel and others v Wall Street Journal Europe and Reynolds. In this commentator’s view, the Rolling Stone case does not represent any groundbreaking precedent, but instead serves as good warning for journalists that while one or two journalistic failures may be excused under constitutional speech protection, there comes a point at which so many errors in the reporting process may be taken in the aggregate to satisfy a high fault standard and allow liability for publication to attach.

Charles J. Glasser Jr. served for 12 years as Global Media Counsel to Bloomberg News, responsible for litigation, ethical newsroom issues and pre-publication review, and was responsible for handling the work of more than 2,100 journalists on a 24-hour basis. He is an Adjunct Professor of Media Law and Ethics at New York University’s Graduate School of Journalism, and is the author of “The International Libel and Privacy Handbook.” He also maintains a consultancy on media law and corporate communications issues, and can be reached at [email protected] or via www.charlesglasser.com.