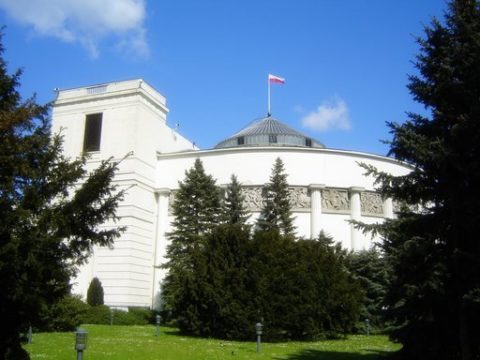 ARTICLE 19 is very concerned by proposed and existing restrictions on journalists’ access to Parliament in Poland, including a temporary ban on all journalists entering the parliament, in force since Saturday morning.

“Proper scrutiny of elected representatives and the work of a parliament is an essential feature of any democracy. Journalists play a key role in this and must be afforded as much access as possible without disturbing the work of the institution. The proposed changes in Poland threaten journalists’ ability to conduct this work and should be reconsidered”, she added.

Last week, Marek Kuchciński, the Speaker of the Polish parliament (a member of the ruling Law and Justice Party) published changes to the rules governing journalists’ access to the Polish parliament. The goal of the changes is ostensibly to bring order to the building and lessen interference in MPs work. However, the new regulations would disproportionately restrict the ability of journalists to cover the work of elected representatives, by reducing the number of accredited journalists, significantly limiting where recording can take place and confining most journalists to an official media centre away from the main parliament building.

Under international human rights standards, journalists should be afforded maximum access to parliaments in order to report on the legislative process and the work of elected representatives.

As established in the case of Robert W. Gauthier v Canada, the ability of media outlets to cover parliamentary proceedings must be protected falling under the rights to freedom of expression (Article 19) and the right to participate in public affairs (Article 25) of the International Covenant of Civil and Political Rights (ICCPR), to which Poland is a party. Furthermore, while protection of parliamentary procedure can be legitimately used to introduce limitations, any restrictions on journalists’ work must be shown to be both necessary and proportionate.

The proposed changes would therefore undermine Poland’s domestic and international human rights commitments. ARTICLE 19 welcomes the fact that, following the start of demonstrations, Speaker of the Senate Stanisław Karczewski has now held consultations with editors of the main media outlets (on 17 and 19 December) and that he intends to share new proposals on 6 January.

ARTICLE 19 urges the government and Speakers of parliament to continue dialogue with media representatives and to ensure that any changes to existing regulations afford maximum transparency over the work of the Polish parliament, including by guaranteeing non-discriminatory media access to parliamentary proceedings, in line with international standards.