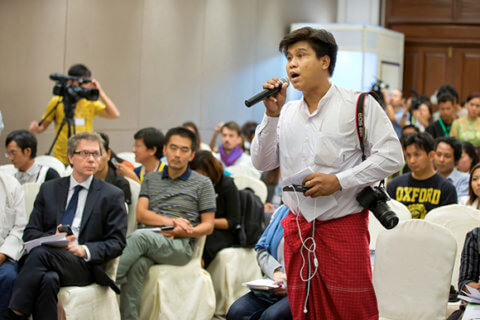 In 2014, ARTICLE 19 analysed the 2014 Printing and Publishing Law of Myanmar in the light of international standards on freedom of expression. The Ministry of Information unveiled a draft of the Law in 2013, in a move that took observers by surprise. Responsibility to develop a law to replace the 1962 Printers and Publishers Registration Law had previously been entrusted to the Interim Media Council. The Law was adopted and signed by the President in 2014.

The Printing and Publishing Law represents a step forward compared to the draconian 1962 law. It no longer facilitates prior censorship, and the penalties imposable under it are relatively modest. Oversight over the printing and publishing sector has been partly transferred from the government to the courts.

At the same time, it is questionable whether a specific law to regulate the printing and publishing sector is needed at all. ARTICLE 19 is not convinced that the Printing and Publishing Law will contribute to its stated goals of promoting freedom of expression and supporting the development of a vibrant printing and publishing sector. Its primary effect is to create a series of bureaucratic formalities with which companies in the sector must comply, such as registering with the Ministry of Information and sending it information on imports and exports of publications. While these procedures are less problematic than those under the 1962 law, it is not clear why they are necessary.

Vague definitions of what constitutes a “printer,” “publisher” or “‘news agency” create confusion as to whom the Law applies to, and similarly vague restrictions on the content of publications risk having a chilling effect.