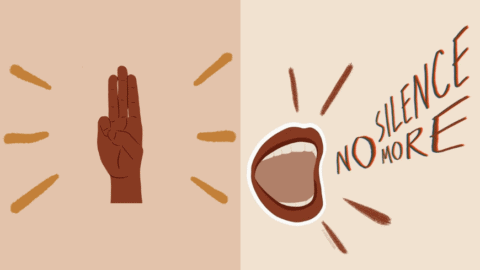 The people of Myanmar have the right to open, reliable, and secure internet access for all without discrimination. Today, May 31, the #KeepItOn coalition is calling on the military and all public authorities in Myanmar to immediately stop imposing internet shutdowns to infringe on the fundamental rights of people across the country.

Since February 1, 2021, when the Myanmar military staged a sudden, violent coup, authorities arbitrarily disrupted internet communications – before shutting down all mobile internet on March 15. As more than 99% of internet users in Myanmar rely on mobile connectivity, this effectively imposes an internet and communications blackout across the country, lasting for more than two months.

Meanwhile, serious human rights violations by the military — including allegations of crimes against humanity — are continuing to escalate. Persistent reports are emerging of authorities’ acts of violence regularly resulting in death, including the use of ammunition and other forms of assault against not only individuals peacefully protesting the regime, but also against civilians including children, simply in their physical presence; arrests, detentions, allegations of torture, ill-treatment and killings of human rights defenders, political opposition members, and other dissenters; and hate speech and incitement to violence against the public by members of the military.

Amidst a rapidly deteriorating human rights crisis, 24-hour fiber optic and fixed cable connectivity was restored on April 28 after having been shut down nightly for more than two months. This is a minor positive development for more privileged individuals, organizations, and businesses, particularly within the banking and financial services sector, who have access to this form of connectivity. Meanwhile, reports surfaced that throughout May, 2021, Myanmar’s military had begun a “whitelisting” process, i.e. choosing to allow mobile access to specific websites and internet applications, including some digital communications platforms, while continuing to shut down mobile access to the rest of the internet. Preferences have emerged for banking and payment applications, with a recent update indicating Whatsapp, Instagram, and Viber may be accessible because of the whitelist. However, lack of clarity or predictability prevails. It is unclear if users on the ground can access these applications in reality, what is on the list, and how or whether such whitelisting will be retained. There have also been emerging reports that some mobile connectivity through state-linked network providers may have been reinstated. In reality, however, connectivity on the ground remains patchy and intermittent.

These developments achieve close to nothing in alleviating key rights violations against, and concerns of, ordinary individuals across Myanmar. Most people remain unable to contact or communicate with family or friends via the internet, and are shut off from critical information onboth a worsening political situation, and the ongoing COVID-19 pandemic. People remain in an information blackout that impacts not only on their rights to life, security, health, expression, and association, but other rights limited by their inability to work, maintain daily lives, or access essential support such as education and emergency services.

Emerging whitelisting efforts will effectively legitimize internet blocking within Myanmar, turning access to the internet into the exception rather than the norm. This would deepen inequality between sectors and individuals, while retaining communications blackholes for the military to continue human rights violations with impunity. Whitelisting is not only in contravention of international human rights law standards, the principle of non-discrimination, and any notion of network neutrality, it is also technically difficult to implement. Existing whitelisting of services and websites in Myanmar have been done opaquely and with varying, chaotic implementation across providers over May — already demonstrating the significant flaws in this approach.

The #KeepItOn coalition calls on authorities in Myanmar to abandon all whitelisting efforts, and instead immediately reinstate internet access for all without discrimination. This includes restoring mobile internet connectivity, and allowing internet service providers to freely operate and facilitate equal, unrestricted access to information across all telecommunications networks and digital communications platforms.

Authorities must also refrain from abusing technologies to infringe on the fundamental rights of the people of Myanmar, and stop imposing internet shutdowns which enable the military to escalate human rights violations under the cover of darkness.

The #KeepItOn coalition is a global network of more than 240 organizations – including the undersigned – committed to ending internet shutdowns around the world.