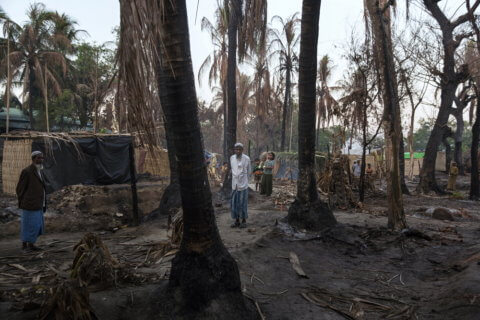 ARTICLE 19 welcomes the strong report of the UN Independent International Fact-Finding Mission on Myanmar, which describes the findings of its investigation into human rights violations against the Rohingya and other ethnic minorities in Myanmar. The report provides a nuanced and authoritative account of state-sponsored atrocities and should spur decisive action by the international community. The UN Security Council should refer the situation of Myanmar to the International Criminal Court, and other UN bodies and member states should take immediate steps, as recommended by the Fact-Finding Mission, to protect human rights in the country.

“The Fact-Finding Mission’s report adds to an unassailable mountain of evidence linking Myanmar security forces to horrific abuses on a massive scale,” said Matthew Bugher, Head of Asia Programme for ARTICLE 19. “The international community must act immediately and forcefully to hold perpetrators accountable for these atrocities and to ensure that victims and others have the opportunity to seek and know the truth regarding recent and historical events.”

On 27 August, the Fact-Finding Mission, which was established by a March 2017 Human Rights Council resolution, released a 20-page report summarising its findings and recommendations. The Fact-Finding Mission’s investigation relied on interviews with over 875 victims and eyewitness and focused on events in Rakhine State, where Myanmar authorities have been accused of a campaign of ethnic cleansing and persecution of the Rohingya population, as well as Kachin and Shan States, the site of recent armed conflict between the Myanmar military and ethnic armed organisations. The Fact-Finding Mission will present a more detailed report to the Human Rights Council on 18 September.

The report describes widespread and systematic human rights violations—including killings, sexual violence, torture, destruction of civilian homes and property and forced labour—that are “shocking for their horrifying nature and ubiquity”. The Fact-Finding Mission found “reasonable grounds” to conclude that abuses described in the report amount to international crimes, including genocide, crimes against humanity and war crimes. It also identified Myanmar Commander-in-Chief Senior-General Min Aung Hlaing and other senior generals as among those who should be prosecuted for their role in these crimes and called for the situation to be referred to the International Criminal Court.

Although the Fact-Finding Mission found the Myanmar military to be primarily responsible for crimes described in the report, it identified a range of actors that bear responsibility for grave human rights conditions in the country. The report identifies several ethnic armed organisations, including the Arakan Rohingya Salvation Army (ARSA), as being responsible for killings and other human rights violations. Notably, the Fact-Finding Mission also condemned State Counsellor Aung San Suu Kyi for her failure to use her authority or influence “to stem or prevent the unfolding events, or seek alternative avenues to meet a responsibility to protect the civilian population”. Facebook was criticised for its “slow and ineffective response” to the use of its platform to spread hateful and discriminatory messages. Moreover, the Fact-Finding Mission found that “the United Nations as a whole failed to adequately address human rights concerns”, with various UN bodies prioritising development goals and diplomacy over more principled responses to the unfolding atrocities.

ARTICLE 19 commends the Fact-Finding Mission for addressing not only acts of violence against minority groups, but also restrictions on fundamental freedoms that gave rise to and perpetuated the grave human rights situation in Myanmar. Specifically, the Fact-Finding Mission cited authorities’ role in “silencing critical voices” and “amplify[ing] hateful rhetoric that emboldens perpetrators”. ARTICLE 19 has previously raised concerns—echoed in the Fact-Finding Mission’s report—about the government’s contributions to dehumanising narratives directed against the Rohingya and harassment of individuals reporting on the situation in Rakhine State or criticising the government’s handling of the crisis. In particular, ARTICLE 19 has condemned the prosecution of Wa Lone and Kyaw Soe Oo, Reuters journalists arrested while investigating a massacre of Rohingya men and boys. The two men appeared in court on Monday morning to hear the verdict in their case, only to be informed that the presiding judge was in “poor health” and the court’s ruling would be postponed by a week.

The Fact-Finding Mission, citing the impunity entrenched in Myanmar’s legal framework and the government’s repeated failure to remedy human rights violations, stated conclusively, “The impetus for accountability must come from the international community.” The recommendations included in the report provide a roadmap for international action to promote accountability and human rights in Myanmar.

The report’s leading recommendation is for the UN Security Council to refer the situation in Myanmar to the International Criminal Court. However, pending Security Council Action, the Fact-Finding Mission called for the UN General Assembly or Human Rights Council to establish an “independent, impartial mechanism” to collect and preserve evidence that could contribute to future criminal proceedings. The Fact-Finding Mission also called for a separate investigation into the UN’s own conduct in Myanmar since 2011. More broadly, the report recommended that UN bodies and member states prioritise human rights in engagements with the Myanmar government and take steps to promote accountability for crimes in country.

“Time and again, the Myanmar government has demonstrated its intention to shield the actions of its soldiers from scrutiny rather than take measures to ensure accountability for the crimes they have committed. Factual or legal ambiguity can no longer be an excuse for inaction or half-measures by world governments and UN bodies,” said Matthew Bugher. “While Security Council action is a necessity, the Fact-Finding Mission has rightly highlighted the responsibility of the broader international community to promote accountability, guarantee the right to truth, and address the bleak human rights environment that incubated hatred, intolerance and violence.”