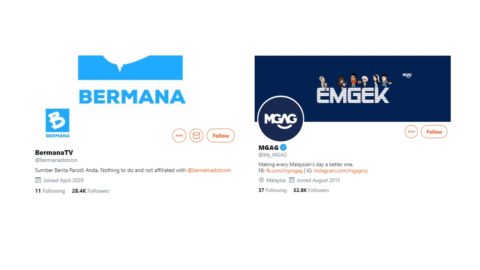 ARTICLE 19 is deeply concerned by recent actions taken by  the Malaysian Communications and Multimedia Commission (MCMC) and the Minister of Religious Affairs against parody and satire accounts on social media. The Malaysian authorities should immediately stop investigations and refrain from encouraging civil suits against comedy content creators.

On 6 October, Twitter suspended the Jakim parody account without explanation. The same day, the Corporate Communications Department of MCMC issued a press release thanking Twitter for its quick response in taking down @MyJAKIM and calling the account an ‘imposter to upload insulting comments and hate speech against religion.’

In the same address, the MCMC Chairman labelled another parody account ‘fake news’, stating that he was concerned that the account might mislead its followers. However, the account in question, @bermanadotcon, clearly states in its bio, ‘Your Source of Parody News. Nothing to do and not affiliated with @bernamadotcom’, a reference to a state news agency. The MCMC stated that it had contacted Twitter and Facebook concerning its investigations of @MyJAKlM and @bermanadotcon. At the time of publication, @bermanadotcon remained active on Twitter.

The authorities’ attacks against satire have been made under the pretence of encouraging ‘moral consciousness’ among citizens, with officials pushing the phrase ‘freedom of speech but not freedom to lie’.

The MCMC Chairman called on individuals and bodies affected by parody accounts to file civil actions against parody accounts to enable the application of other laws, including those applying to the misuse of technology, that do not fall under the jurisdiction of MCMC.

On the same day, MGAG, a local group generating content on Facebook, Instagram, Twitter, and Youtube, apologised for posting a doctored picture of Director-General of Health Noor Hisham Abdullah that showed him participating in a work-from-home press conference while not wearing pants. The Malaysian Royal Police have opened a criminal investigation into MGAG under Section 509 of the Penal Code, which criminalises words or gestures ‘intended to insult the modesty of a person’, and Section 233 of the Communications and Multimedia Act 1998, which criminalises ‘obscene, indecent, false, menacing or offensive’ expression online. MGAG has since deleted the post. Section 509 of the Penal Code carries a maximum penalty of five years’ imprisonment and a fine. Section 233 of the Communications and Multimedia Act 1998 carries a maximum penalty of up to one year imprisonment and a 50,000 ringgit fine.

The decision by state authorities to intiate this investigation—and to ask for public support to lodge complaints against parody accounts on social media—sets a dangerous precedent. Freedom of expression protects all forms of speech, including speech that may be considered of lower value or downright trivial. Humour that is offensive or provokes discomfort is often protected expression under international human rights law. The right to freedom of expression cannot be limited for the purpose of protecting religions from criticism or to shield religious people from feelings of offense. Any restrictions on the right to freedom of expression, including the freedom to joke, must meet the strict requirements of legitimacy, legality, necessity, and proportionality.  The threat of criminal and civil sanctions for making a joke in public is likely to have a chilling effect on humour and satire as well as important political dialogue.