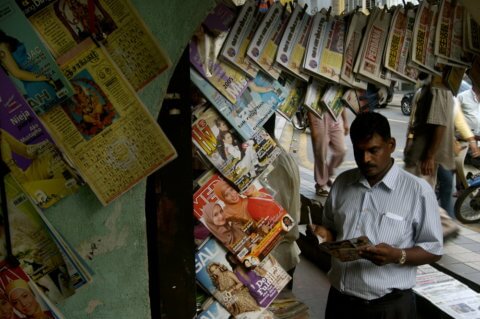 The recently enacted Anti-Fake News Act 2018 (the Act) constitutes a grave threat to the right to freedom of expression in Malaysia and opens the door for abuse by government authorities seeking to suppress criticism and silence the voice of political opponents, said ARTICLE 19 in a new legal analysis published today. The Malaysian government must prioritise the repeal of the Act in its entirety and immediately take steps to ensure that individuals can exercise the right to freedom of expression without fear of retaliation.

The Act was adopted by Parliament on 3 April 2018 without significant public consultation, and came into effect following its publication in the Gazette on 11 April. It sets out criminal penalties, including fines and lengthy terms of imprisonment, for dissemination of “fake news”, a term which is ambiguously defined in the law.

“Malaysian authorities haven’t fooled anyone by fast-tracking the passage of this disastrous law in the days before the dissolution of Parliament. Their intention to use the law as a political weapon in the run-up to general elections is clear,” said Matthew Bugher, Head of Asia Programme for ARTICLE 19. “The Act constitutes yet another repressive tool at the disposal of a government increasingly bent on stamping out all forms of criticism and dissent.”

In its legal analysis, ARTICLE 19 sets out relevant international human rights law standards pertaining to freedom of expression and “disinformation” or “fake news”, and examines in detail the various ways in which the Act does not comply with those standards.

By establishing ambiguous legal duties of “truth”, the Act creates a powerful instrument for the government to control public discourse, including journalism, as well as all forms of online discussion and debate. Individuals responsible for creating or circulating “fake news” are subject to draconian sentences of up to 6 years’ imprisonment and astronomical fines, sending a clear signal to Malaysians that the cost of contradicting the Government is high.

The Act also places online intermediaries, including social media platforms and search engines, in a precarious situation. They face criminal penalties on par with those assigned to the creators of “fake news”, and additionally face punishment for failure to comply with court orders to remove content, incentivising their complicity in government censorship.

The law was rushed through Parliament without meaningful public consultation just over a month ahead of a general election scheduled for 9 May 2018. Neither the Parliamentary Select Committee, civil society, media actors, nor the legal community were given an adequate opportunity to provide input concerning the law. As Malaysians go to the polls, the enactment of the Act serves as a stark reminder that that criticism of government officials will not be tolerated and that political speech by government opponents is likely to be met with official sanction.

The Act should be immediately repealed in its entirety, and broader reforms instituted to bring Malaysia’s legal framework for freedom of expression in line with international human rights law. Freedom of expression is guaranteed under Article 10(1)(a) of Malaysia’s Federal Constitution, but in practice repressive laws have been used to harass individuals and criminalise free speech and the dissemination of controversial opinions in the country. ARTICLE 19 stands ready to provide further assistance to the Malaysian Government and stakeholders in efforts to bring these laws into line with international standards.

“The Malaysian government has seized on global attention to so-called fake news as a pretext for this bold-faced attempt to silence critics,” said Bugher. “The hurried passage of this law is reflected in its text, which raises more questions than it answers and is completely at odds with human rights standards.”