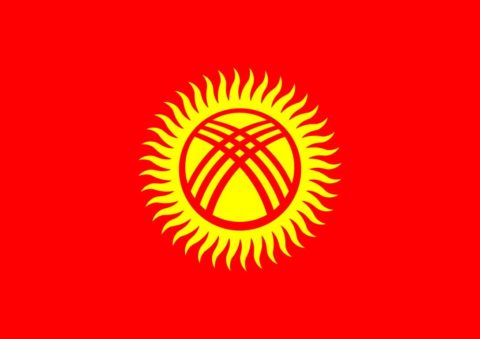 In November 2019, Radio Free Europe / Radio Liberty’s Radio Azattyk, the Organised Crime and Corruption Reporting Project (OCCRP) and its Kyrgyz member centre, Kloop.kg, published their joint investigation into widespread corruption in Kyrgyzstan’s customs service. [2] The online harassment and abuse of journalists following this investigation marked the beginning of a new era in the intimidation of Kyrgyzstan’s independent media, which has continued throughout the recent election period. This article charts the development of online harassment of independent journalists and media organisations, exploring the responses of the state, social media platforms and journalists themselves and making targeted recommendations to address this issue.

Independent media in Kyrgyzstan and their journalists have been regularly harassed in recent years, particularly through problematic defamation legislation.[3] An important example of this is the multi-million-som lawsuits brought against independent online news platform, Zanoza.kg (now Kaktus Media), and others in March 2017 by then-president Atambaev.[4] The case has been referred to the UN Human Rights Committee and is awaiting their recommendations. However, the publication in November 2019 of the Azattyk, OCCRP and Kloop.kg and investigation marks a change in the nature of threats and attacks against independent media and the beginning of a significant increase in online harassment. The publication of the investigation and follow-up reporting by other independent media led not only to other physical attacks, but also digital attacks, and online harassment of journalists involved in the investigation.[5] This trend continued throughout 2020, further intensifying following the disputed parliamentary elections on 4 October 2020 and the proposed constitutional reform, initially proposed on 17 November 2020.

Following the publication of the investigation in November, Kloop.kg, independent online news platform, Kaktus Media, and others noted the increased presence of ‘trolls’ on social media networks, criticising the investigation and harassing those journalists involved.[6] The accounts of these ‘trolls’ posted comments discrediting the journalistic investigation as well as attacking those who planned to attend a peaceful protest against the corrupt practices revealed in the country planned for 25 November 2019. Attacks on independent media in Kyrgyzstan is not a new development. However the traditional methods of intimidating and silencing critical voices exemplified by the 2017 defamation lawsuits have been augmented by the new tools of trolling and online harassment.

Election of the trolls

Following Kyrgyzstan’s 4 October 2020 parliamentary elections and the Central Election Commission’s decision to annul the results, online threats directed towards independent media and journalists increased, alongside physical violence against journalists.[7] The rise of ‘troll factories’ at this time and their use to discredit both political opponents and media coverage is thought to have contributed to the significant increase online abuse received by journalists at this time.[8]

Together with other independent media in Kyrgyzstan, Azattyk has long faced criticism and attack from politicians at the highest level, with concerted attempts to discredit the media organisation and its journalists beginning even in advance of the publication of the corruption investigation.[9] However, even despite this long history of criticism and attack, Azattyk’s journalists current report facing unprecedented levels of online intimidation and harassment. Public statements by leading politicians singled out Azattyk, potentially contributing to the increase in online attacks against the news platform.[10][11]

On 17 November, draft amendments to the constitution of the Kyrgyz Republic were announced. National and international media and civil society organisations, including the Media Policy Institute (MPI) and ARTICLE 19, criticised the proposed amendments, which threatened to violate the rights and freedoms inherent in the existing constitution and guaranteed by international law.[12] Individual journalists, activists and lawyers, particularly women, who spoke out against the proposed changes became particular targets of online attacks. There were personally threatened, intimidated, insulted and discredited.[13] This clear attempt to stifle critical voices, with a potential chilling effect on freedom of expression was particularly notable on Kyrgyz-language segments of social media platforms.[14] MPI and other representatives of the media community have called on political leaders not to support online intimidation and harassment of critical voices and to take action against online attacks, particularly given the risk that these may prove the foundation for physical violence.[15]

Journalists say that they do not report online harassment and abuse to Law Enforcement Agencies, believing that their concerns will not be addressed.[16] This may be in part because certain political actors have played a facilitating role in the online harassment of journalists: either by directly provoking or failing to condemn such attacks and thereby contributing to a general climate of impunity.

ARTICLE 19’s recent guidelines on investigating online harassment and abuse of women journalists set out States’ obligations to protect journalists, both offline and online, as follows: [17]

In 2019, the OSCE Representative on Freedom of the Media’s report on online harassment or abuse of journalists recommended that in cases when online harassment and abuse ‘is likely to cause serious harm, the police and prosecuting authorities must proactively and vigorously investigate the harassment or abuse in a timely fashion, and perpetrators should be prosecuted accordingly. Such a response should not be wholly dependent on the victim’s coming forward and calling for the punishment of the perpetrators since the online harassment interferes with the right to freedom of expression of both the journalist and the public at large (and should, therefore be treated as a public matter).’[18]

Many journalists and media organisations have also addressed their concerns about online harassment and intimidation to social media platforms through the various reporting mechanisms larger platforms provide. However, individuals have not received responses to their complaints.

In a recent briefing looking specifically at online harassment and abuse against women journalists, ARTICLE 19 acknowledges the attempts by social media platforms to develop community standards and other policies to challenge harassment and abuse.[19] Facebook, Twitter and YouTube (Google) all state that harassment and abuse are not tolerated on their platforms and address violations of these terms and conditions in a number of ways, including content removal, labelling and user suspension. Facebook has a dedicated section on its website, co-developed with a number journalist support organisations, which provides guidance on how journalists can stay safe online.[20]

However, the briefing goes on to point out that these terms and conditions are often broad and vague, and guidelines are not enforced consistently, in particularly with regard to reporting or identification mechanisms, appeals and complaints of harassment and abuse, and remedies. Enforcement mechanisms are not always easy to find and companies’ responses are often lacking or inconsistent. There is a lack of transparency over the action taken in response to online harassment and abuse and the use of algorithms and machine learning to flag content in violation of their terms and conditions. In addition, in the context of Kyrgyzstan, the rise of unchecked online harassment on the Kyrgyz-language segment of social media platforms suggests that there is inequitable moderation of Russian- and Kyrgyz-language content.

The rise in online harassment against media organisations and journalists in Kyrgyzstan is extremely concerning, leading to self-censorship with a chilling effect on freedom of expression in the country. The recent revelation of the presence of troll factories in Kyrgyzstan and their role in delivering online abuse against journalists further emphasises the need to address these issues at multiple levels. As we have evidenced through this article, the situation in Kyrgyzstan is exacerbated by insufficient responses on the part of the Government of Kyrgyzstan, social media platforms and media organisations themselves. Public expressions denigrating independent media and journalists in Kyrgyzstan by those at the highest level of government have fuelled the rise of attacks and law enforcement do not uphold Kyrgyzstan’s positive obligations to protect journalists, including against online threats. The unchecked rise of hate speech against journalists, particularly on Kyrgyz-language segments of social media platform, may be linked to a relative lack of Kyrgyz-language moderation, and reporting of online harassment through these platforms has met with limited responses. In addition, independent media organisations and journalists experiencing these attacks appear reluctant to report these publicly. Media workers do not consistently document and report on online harassment abuse, assuming lack of response from law enforcement agencies or social media platforms. There is also a perception that online harassment is ‘part of the job’ and should be tolerated as such.

MPI and ARTICLE 19 therefore put forward the following recommendations to address these emerging challenges, adapting those presented in ARTICLE 19’s recent briefings on online abuse and harassment against women journalists, and the OSCE’s Safety of Female Journalists Online – A #SOFJO Resource Guide, authored by ARTICLE 19.[21]

For the Government of Kyrgyzstan:

For journalists and media organisations in Kyrgyzstan:[27]

[1] Begaim Usenova is currently the Director of the Media Policy Institute in Kyrgyzstan, a role which she has held since 2009. Media Policy Institute (MPI) provides expert legal analysis and support to independent journalists and media organisations in the country. Through her work with the Media Policy Institute, Begaim has conducted numerous lectures, workshops and training on freedom of expression, freedom of the media, hate speech, media literacy and media policy more broadly. Begaim has authored and co-authored a number of publications on the development of media law in Kyrgyzstan, media literacy, defamation, election coverage and anti-extremism legislation amongst others.