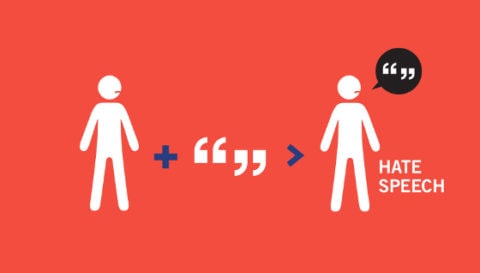 ARTICLE 19 Eastern Africa (EA) is concerned about the re-emergence and use of section 13 of Kenya’s National Cohesion and Integration Act (NCIC) 2008 which encourages national cohesion and integration by outlawing discrimination and hate speech on ethnic grounds, two years before the country’s general elections are supposed to take place.

In recent weeks, reports emerged that two Members of Parliament (MP) for Emurua Dikirr and Kapseret MPs Johanna Ng’eno and Oscar Sudi had been arrested and charged following their utterance of statements which ‘insulted’ the President of Kenya, as well as his mother, Mama Ngina Kenyatta.

“The violence that followed Kenya’s 2017 elections is a clear example of the dangerous impact of hate speech. However, the Kenyan government should refrain from criminalising speech that is deemed ‘offensive’, drop the charges against both MPs. Instead the government should pursue avenues hinged on dialogue and public debate.

The National Cohesion and Integration Act needs to be amended to promote freedom of expression, as part of Kenya’s international obligations. As a matter of fact, Kenya has accepted to do this during the second Universal Periodic Review before the Human Rights Council,” said Mugambi Kiai, Regional Director of ARTICLE 19 Eastern Africa.

MP Ng’eno was charged by the Director of Public Prosecution and faces two counts, namely ‘using abusive language in which ethnic hatred was likely to be stirred up and offensive conduct during a public gathering by directing insults at the President.’ The court granted MP Ng’eno a Ksh.1 million cash bail with an alternative Ksh.2 million bond and the matter will be mentioned on 12 October 2020.

MP Sudi was arrested on 13 September 2020 and faces ‘two counts of hate speech and an additional offensive conduct charge’, pending his appearance in court on 14 September 2020.  A person charged using the hate speech provisions under section 13 of the NCIC can be sentenced to prison for up to three years and/or fined up to one million shillings.

The National Cohesion and Integration Commission (Commission), which is tasked with the enforcement of the NCIC, 2008, should first have investigated these incidences on its own motion, or the alleged victims should have lodged a complaint against the two MPs. ARTICLE 19 EA notes that the zealous resort by the state to charge them prior to a Commission referral will undermine freedom of expression in Kenya.

ARTICLE 19 is concerned about a statement from Kenya’s Inspector General, Hillary Mutyambai that the police will monitor on-the-ground utterances and posts on social media platforms by political figures. The IG mentioned that these social media posts are also used to ‘spread hateful comments to a wide audience of innocent users.’

ARTICLE 19 EA notes that this would require the use of social media monitoring technology which is used for intelligence gathering, the general monitoring of digital users, and in the case of the Cambridge Analytica data scandal, to manipulate users’ electoral preferences.

Specifically, this technology empowers public authorities to monitor, archive and create wholesome profiles based on the information of numerous digital users – beyond political figures – without attendant safeguards against abuse and mass surveillance.

The NCIC definition of hate speech is too broad, from an ‘ethnic hatred’ perspective and encompasses threatening, abusive or insulting words or behaviour, written material, public performances (including plays), visual images and programmes.

According to ARTICLE 19 EA, the opinions and ideas expressed by the two MPs amount, at worst, to offensive expression. Under international human rights law, expression may still be lawful, even where it is disturbing, inflammatory, shocking or has caused an individual or a group offence, given international freedom of expression protections as well as its failure to meet the ‘threshold of severity’ warranting the imposition of criminal sanctions.

These issues are expanded in ARTICLE 19’s Hate Speech Toolkit which provides instructive guidelines regarding what does and does not constitute hate speech, offensive expression and violence-inciting expression. In these instances, expression can only be restricted where the expression falls into prohibited categories under international law, including direct and public incitement to genocide and any advocacy of discriminatory hatred that constitutes incitement to discrimination, hostility or violence or into categories. Further, there are instances where ‘hate speech’ may be prohibited,’ but these restrictions must adhere to the limitation of fundamental rights and freedoms provision under Article 24, Constitution of Kenya, 2010.