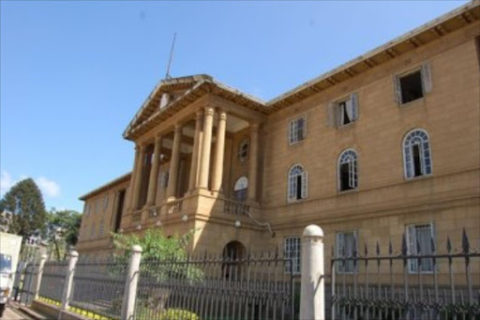 ARTICLE 19 Eastern Africa is concerned about the worrying trend in Kenya where courts are issuing exorbitant damages in civil suits against media organizations and individual journalists. On 28 July 2021, the High Court issued a KES. 22 million($200,732) judgment against the Star Newspaper, and its journalist, Felix Olick, which has a chilling effect on freedom of expression and threatens media sustainability.

The Plaintiffs, a director of a company and the company, Mbingo Enterprises Ltd, sued the Star newspaper for publishing an article in  September 2018, which they claimed was defamatory to their reputations. In finding that the article was defamatory to the plaintiffs, the judge in Homabay High Court awarded KES.10 million($91,241) to each plaintiff,  in general damages, KES.1 million($9,124) exemplary damages to each plaintiff against the defendants jointly and severally as well as the costs of the suit adding up to KES 22 million. The judge further issued a permanent injunction restraining the defendants from publishing articles defamatory to the plaintiffs now and in the future.

“This decision solidifies the dangerous precedent set by our courts in the case concerning the alleged defamation of a former Cabinet Minister in 2002, impacting negatively on media freedom. Our courts must properly balance the right to media freedom and freedom of expression against injury to reputation when determining defamation suits, especially when these suits involve public figures.”

Articles 34 and 35 of the Constitution of Kenya, 2010 guarantee freedom and independence of the media and the right to access information. The media is a key pillar in promoting democracy, rule of law, fair play, and informing society on matters that affect the citizenry.

ARTICLE 19 Eastern Africa has observed the awarding of disproportionate damages against the media by Kenyan courts, which is threatening the sustainability of media in Kenya. This is especially key as we approach the 2022 general elections where politicians and individuals in the public domain may institute civil defamation suits to stifle the media’s reporting on matters of public interest and political discourse. A dangerous precedent was set in 2002 when the courts awarded Nicholas Biwott, a former Cabinet Minister, KES.20 Million for ‘unmitigated and defenceless character assassination. In this case, the court stated, ‘the High Court has adopted a stern approach to libel by both print and electronic media, authors and publishers of books and magazines. It has to be understood that the purpose is not to stifle them, but to encourage mature and responsible journalism. The courts are no longer willing to sit back and watch people’s names, reputation and character being tarnished by falsehoods. We expect the press to investigate the information and or allegations they get about people or organizations and only print it if they have proof that it is true. In that way, media houses will be able to successfully defend the suits filed against them.’  This precedent has since been picked by public figures who benefit heavily from the crippling damages issued against media organizations.

“In assessing the range of financial awards, the potential chilling effect of the award on freedom of expression should be taken into account. Financial awards should never be disproportionate to the harm done, and should take into account any non-financial remedies and the level of compensation awarded for other civil wrongs,” continued Mugambi Kiai.

Financial compensation should be awarded only where non-financial remedies are insufficient to redress the harm caused by defamatory statements. They should never be disproportionate to the harm done and should take into account any non-pecuniary remedies such as the publication of an apology or the exercise of a right of reply, and the level of compensation awarded for other civil wrongs. Pecuniary awards also should take into account the actual financial capacity of the defendant.

However, in the recent judgment, the court failed to consider an apology issued by the media house, on the same day of publication, as a mitigating factor or a defence, as provided for under Section 12 of the Defamation Act. We also note that the damages are jointly and severally against both the media house and the journalist, without taking into account the financial capacity of each of them and failing to apply proportionate restrictions to the right to freedom of expression in defamation cases.

We call on the Kenyan judiciary to have a higher regard for the principles of freedom of expression and for proportionality in the remedies awarded in civil defamation suits.

Background of Defamation in Kenya

In line with the international freedom of expression standards, the High Court in Kenya declared criminal defamation under Section 194 of the Penal Code unconstitutional. However, in 2018, the Kenyan Parliament reintroduced criminal defamation under Section 23 of the Computer Misuse and Cybercrimes Act. This Act has been used to target bloggers, journalists, and other media practitioners, online and offline. Given the unavailability of criminal defamation to address an injury to reputation and the ability to claim damages from media organisations and journalists, legal and natural persons prefer to lodge civil claims.